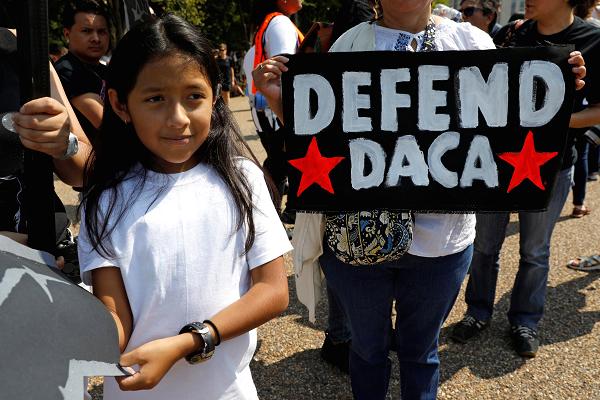 The District of Columbia along with fifteen states have filed a lawsuit to stop Donald Trump’s plan to end the DACA (the Deferred Action for Childhood Arrivals) program.  The lawsuit claims that anti-Mexican bias was what motivated the Trump administration decision.

Evidence cited in the lawsuit includes Trump’s statements saying that some Mexican immigrants are rapists and his decision to pardon the former Arizona Sheriff, Joe Arpaio, who ignored a federal court order to stop traffic patrols that targeted immigrants.

Decisions targeting individuals for discriminatory treatment based on their national origin without legal justification violates the equal protection clause of the United States Constitution.  The lawsuit calls for a court order blocking the rescinding of DACA and an order saying the administration is unable to use information collected from DACA recipients to arrest and deport them.

The lawsuit also claimed that the decision to revoke DACA was arbitrary and failed to provide notice as required by federal law.  If the lawsuit receives a victory on this claim, it would allow time for public comment and require the administration to study the impacts of removing DACA.  But, this still might not permanently reinstate the program.

Some say that because a federal judge blocked the Trump order calling for a Muslim ban based on rhetoric during Trump’s campaign, that this lawsuit to block Trump’s revocation of DACA will hold up.  But, others argue that Trump never made a direct association between DACA and Mexico the way that he did with Muslims and the travel ban.

The Attorney General Xavier Becerra of California, a state not included in the lawsuit, plans to file a separate suit.  California, a state with a large immigrant population, has a high number of DACA recipients.  Becerra termed Trump’s decision a “heartless” one.