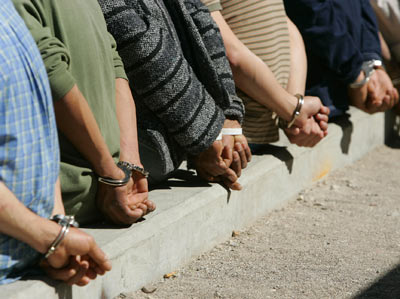 Family separation is traumatic for all involved.

Tracy Chen works three jobs now and balances work with being the sole caregriver for her three children.  While their rent was almost two thousand dollars, she would only bring home about $1200.  Stressed, exhausted, and worried about her husband, she fainted and fell while waiting for a New York City subway.  Mrs. Chen required medical attention and was taken to the hospital.

When Mr. Chen found out that his wife was in the hospital, he was distraught that he couldn’t see her.  Mr. Chen requested a special visit to his wife at the hospital from ICE.  But, Immigration and Customs Enforcement denied the request.  Mr. Chen cried when he received the denial.

Mr. Chen was a lawful permanent U.S. resident who immigrated to the U.S. from China.  It never occurred to him that one day ICE would pick him up.  But, in 2015, seven years after he committed a nonviolent financial crime, ICE picked him up.  At this point, Mr. Chen had already completed his five years of probation.

Mr. Chen is one of the many people that would be affected if Nielsen v. Preap, the Supreme Court case currently hearing oral arguments, receives an unfavorable decision.

The Supreme Court case is regarding the scope of 8 U.S.C. §1226(c).  This provision is often used to detain immigrants with previous convictions, even if those convictions were many years old.  Some of those who have been detained due to this provision, like Mr. Chen, were never even sentenced to prison. Some weren’t even given probation, rather some were only required to pay fines.

After these immigrants are detained, they are not given a bond hearing where they are able to challenge the mandatory detention.