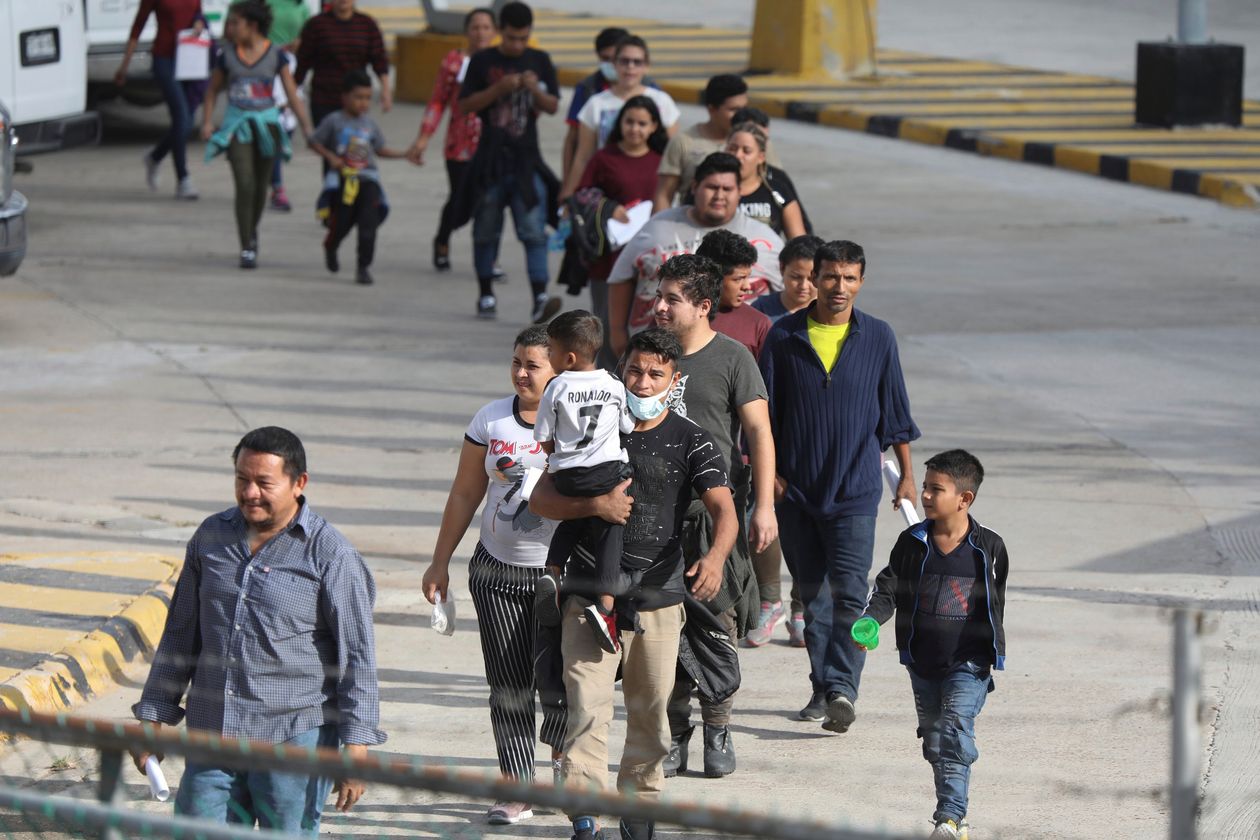 The government opened tent courts under unusual, closed conditions unlike those of other courts in the country to hear the cases of some immigrants seeking asylum.

Tent courts in Laredo, Texas, which opened Wednesday, and tents in Brownsville, which are expected to open Thursday, are designed to try cases of immigrants under the Trump administration’s “Remain in Mexico” program. The volume of such cases is so great that established immigration courts have become overwhelmed.

Traditional U.S. courts are open for the public to view daily dockets of cases and to witness most court proceedings. This is important for immigration advocates and lawyers who may only gain access to immigrants they will represent by meeting them in court.

The government plans to use the courts to hear cases of asylum seekers in the Migrant Protection Protocols, more commonly known as the “Remain in Mexico” program. Under that policy, which the Trump administration announced in December 2018, immigrants who cross into the U.S., most of whom request asylum and are returned to Mexico to wait for their court date.

At least 42,000 asylum seekers have so far been sent back to Mexican cities including Ciudad Juarez, Tijuana, Matamoros and Nuevo Laredo while they await hearings.

“The nature of the temporary hearing facilities located on CBP property makes these court operations unique from other immigration courts,” a DHS official said.

Immigrant advocates have pushed back against the arrangement, saying the video conference process will cause further delays for the already backlogged immigration courts system, where nearly a million cases are already pending.

Barring public access to the new courts “highlights another glaring reason why the immigration courts have been deprived of key characteristics of what it means to be a court in the United States,” said A. Ashley Tabaddor, president of the National Association of Immigration Judges and a Los Angeles-based immigration judge.

The government said the tent courts will allow judges to hear Remain in Mexico cases in a matter of weeks or months, rather than the years faced by most immigrants released in the U.S. whose cases are heard in traditional courts. The courtrooms where the judges sit are open like all other courts, a DHS official said.

U.S. courts traditionally give the public access to the list of cases each day, including each immigrant’s name and home country, the general nature of their case and whether they have a lawyer. Asylum seekers can ask for their proceedings to be closed to the public, but most cases remain open.