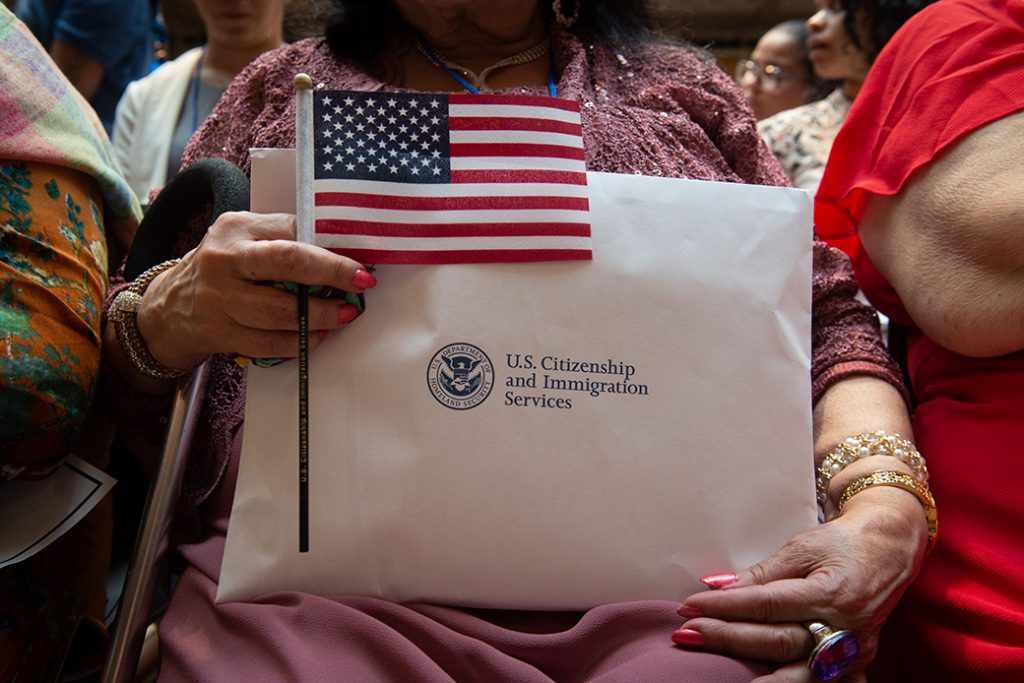 On Monday, the Trump administration released a regulation that could limit the number of legal immigrants coming to the U.S.

The new regulation makes it difficult for immigrants to obtain legal status if they rely on government assistance, like Medicaid, subsidized housing, or food stamps. This regulation is an example of how the Trump administration is attempting to curb legal immigration in favor of wealthier and more educated immigrants.

Here is what you need to know about the new Public Charge rule:

Who does the rule apply to?

The rule applies to people who are seeking to come to the U.S. and remain in the U.S. This rule heavily affects people applying for lawful permanent status, commonly known as a green card. It does not apply to immigrants applying for citizenship or non-immigrant visas.

What is public charge?

Public Charge dates back at least to the Immigration Act of 1882, so this isn’t something that the Trump administration has invented on its own.

The term “Public Charge” is defined as someone who is “primarily dependent” on government assistance, meaning that government benefits supply more than half of their income.

However, this only counted cash benefits such as Temporary Assistance for Needy Families, or Supplemental Security Income from Social Security.

The changes put in place on Monday by the Trump administration widens the definition by including more benefit programs that are not cash benefits, such as Medicaid, subsidized housing, or food stamps.

“It’s totally changing the conception of what it means to be a public charge,” said David Bier, an immigration policy analyst at the libertarian CATO Institute.

Which programs are included?

The rule will affect people who receive most forms of Medicaid, food stamps and housing vouchers. It does not include benefits such as emergency medical assistance, disaster relief, national school lunch programs, CHIP (Children’s Health Insurance Program), food pantries or homeless shelters.

The new rule states that immigrants who use one or more designated public benefits for 12 months within 36 months is a public charge. Each benefit is counted separately, for example, if two benefits are used within one month, it will count as using a public benefit for two months.

How many people does this impact?

It’s hard to know exactly how many people will be affected because it’s largely subject to the discretion of the officer who will take into account whether someone is likely to become a public charge.

According to the Department of Homeland Security, however, the rule is expected to impact roughly 382,000 people seeking to adjust their immigration status. Immigration advocates, however, say millions of people could be affected by the regulation.

Immigration advocates have also argued that the rule goes beyond what Congress intended and would discriminate against those from poorer countries, keep families apart and prompt legal residents to forgo needed public aid, which could also impact their US citizen children.

“The rule reflects a dark vision of the United States — as an unwelcoming nation that wants to keep out people who seek to join their family, work hard, and climb the economic ladder — based on the erroneous assumption that they won’t contribute to our communities, our economy, and our nation,” said Robert Greenstein, president of the Center on Budget and Policy Priorities.

What about undocumented immigrants?

Undocumented immigrants are largely ineligible for public assistance so they generally would not be affected unless an avenue opens up for them to apply for green cards or visas.

What about US citizen children?

The regulation doesn’t apply to benefits used by US citizen children, according to a US Citizenship and Immigration Services official.

Are there any exceptions to this rule?

There are exceptions to the rule, such as benefits received by active-duty members of the military and their spouses and children; Medicaid for pregnant women and people under 21 years old; and emergency medical care.

The rule also doesn’t impact refugees or asylum seekers, as well as certain trafficking victims, victims of domestic violence, among others.

When will this take effect?

The rule will take effect October 15. Until then, US Citizenship and Immigration Services is “continuing to work towards finalizing the processes and procedures that will be required to implement the final public charge rule,” according to a USCIS official.

The rule will only apply to applications and petition on or after the effective date, according to the agency.