The Terrifying Reality of Domestic Violence in Immigration 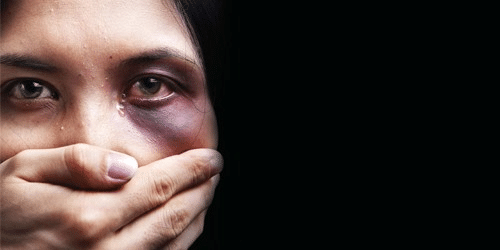 Being an immigration lawyer is rewarding and challenging on many levels.  We often help people in a vulnerable and unstable time in their lives to acquire more security in this country.  Sometimes, however, our clients are victims of domestic violence and feel trapped and unable to move forward with their immigration cases.  They are scared to report the domestic violence for fear of being deported and/or face more physical, emotional and/or verbal abuse.  Domestic violence is a very real and serious issue in our practice.

A few weeks ago, The San Diego Union-Tribune published an article about a woman named Miriam Medina who came to America undocumented from Guanajuato, Mexico in 1992.  According to Medina, the father of her two children abused her physically and emotionally for over ten years.  Medina was especially trapped because he would threaten to have her deported.  “Just because I was illegal, he had the power over me,” Medina remembers.

But not just undocumented immigrants are at high risk of staying in abusive relationships; immigrants in this country legally also fall prey.  Often, we are helping an immigrant client, along with their United States citizen spouse who loves them and wants them to stay in the United States with them so they can build a life together.  Sometimes, however, the United States citizen spouse becomes abusive and tries to harm their immigrant spouse.  Typically, the immigrant spouse only has a conditional green card.  The conditional green card expires in two years, at which time the immigrant and the spouse will need to remove the conditions on the green card by showing that their marriage is is still valid, and request the 10-year green card. .

Now, what if the United States citizen starts abusing the immigrant spouse one year into the marriage?  If the immigrant spouse leaves or reports the abuse, the United States citizen spouse will not help her remove the conditions on her green card.  While there are ways for a divorced man or woman to apply to remove the conditions on their green card without their previous spouse, it can be extremely difficult if their previous spouse is unreceptive, or worse, wishes to sabotage them.

So now, the immigrant spouse’s legal status can be at the mercy of her abuser, putting her in an unthinkable position.

Our immigration system is not satisfactorily equipped to handle these delicate situations .  There need to be policies in place to help protect victims of abuse who wish to come forward without putting their immigration status in jeopardy.

For more information on the Medina story, click here.