There were 0 refugees admitted to the United States in October 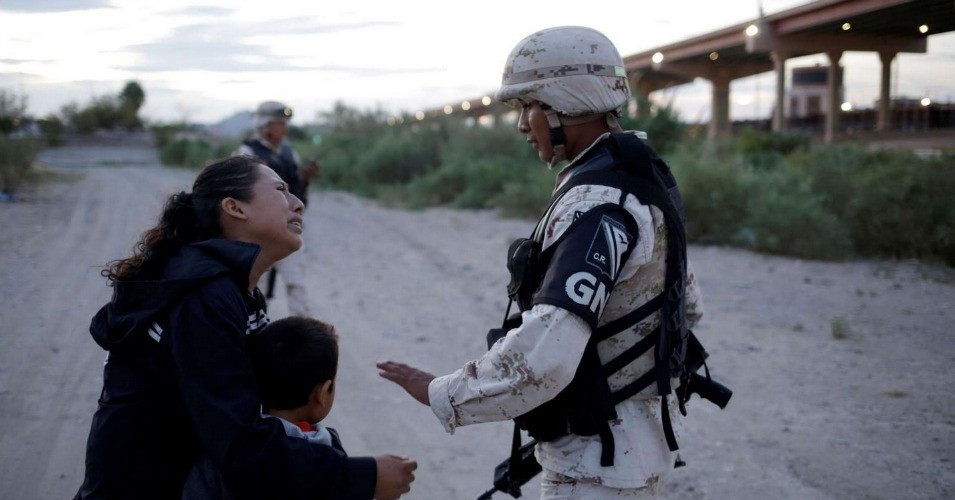 Not one refugee has arrived in the United States since September, a State Department spokesperson confirmed on Monday, adding that the last time there had been an “extended pause” in admissions was in November 2001.

Admissions would resume on Tuesday, the spokesperson said.

“The last instance of an extended pause in refugee arrivals occurred when the Presidential Determination on Refugee Admissions for Fiscal Year 2002 was not signed until November 21, 2001,” the spokesperson said.

On Friday, President Trump signed the presidential determination on refugee admissions for FY 2020, confirming his administration’s earlier proposal of a ceiling of 18,000 admissions – the lowest annual cap since the inception of the modern refugee admission program in 1980.

The State Department was approached for comment after its Refugee Processing Center data showed that not one refugee had arrived since the fiscal year began on October 1.

“We can confirm that no arrivals occurred in October 2019,” the spokesperson said. “Refugee arrivals will resume November 5.”

According to the database, refugees were last admitted to U.S. on September 26, when 58 refugees arrived – 32 from Burma, 17 from Afghanistan, six from Syria, and one each from Iraq, Cameroon and Sri Lanka.

The “extended pause” in 2001, referred to by the State Department spokesperson, was not as total a suspension as the current one has been, although admissions did drop to a trickle.

The period in question came weeks after the 9/11 terrorist attacks on America.

That year, the first FY 2002 refugee to be admitted, a Russian Baptist, arrived on October 3, according to Refugee Processing Center data. Two more Russians arrived two weeks later, and by the end of October a total of four refugees had been resettled.

By November 21, the day President George W. Bush signed off on the FY 2002 refugee admissions determination, a total of eight refugees had arrived – three from Russia, two from China, two from the Democratic Republic of Congo and one from Kazakhstan.

No further refugee arrivals were recorded for the remainder of the month, but in December the pace of arrivals picked up, with 811 refugees admitted.

That year’s total was the lowest since the Refugee Act was passed in 1980, a record low broken only in FY 2018, when the Trump administration admitted 22,491 refugees.

The determination signed by Trump on Friday sets a ceiling of 18,000 refugee admissions for FY 2020. Of those, 5,000 places are broadly allocated to applicants claiming religious persecution; 4,000 places are earmarked for Iraqis who helped the U.S. during the Iraq War; and 1,500 allocations are set aside for applicants from the northern triangle countries of El Salvador, Guatemala, or Honduras.

The remaining 7,500 slots will go to applicants who fall into other categories, such as those referred by a U.S. Embassy in any country, family reunification applicants, those who fall into a category covered by a 2016 agreement between the U.S. and Australia; and those whose status was “ready for departure” as of the last day of FY 2019.

Months before the end of his second term, Obama proposed a cap of 110,000 for FY 2017, which if retained would have been the highest since 1994. But Trump in an executive order days after taking office lowered the proposal for FY 2017 to 50,000.

Under the determination signed by Trump, the religious persecution category refers to applicants “who have been persecuted or have a well-founded fear of persecution on account of religion,” or to those falling in a category listed in the 1989 Lautenberg Amendment – which granted priority status to Soviet Jews, Vietnamese nationals and others minorities seeking refuge – and its 2004 extension (the Specter Amendment), which covers persecuted religious minorities in Iran.

Under U.S. law, the Iraqi category deals with Iraqis who were or are employed by the U.S. government, media or non-governmental organizations, or persecuted religious minorities.

Some flexibility is allowed: The State Department may transfer unused allocations from one category to another, within the overall 18,000 ceiling.

In a statement on Trump’s determination, Secretary of State Mike Pompeo argued that the U.S. government responds to refugee needs around the world in ways that go beyond admissions into the United States.

“America’s support for refugees and other displaced people extends well beyond our immigration system,” he said. “It includes diplomatic efforts around the world to find solutions to crises, like our support for the legitimate government in Venezuela against Maduro’s tyranny.”

“Addressing the core problems that drive refugees away from their homes helps more people more rapidly than resettling them in the United States.”

Pompeo said that in FY 2019, the U.S. contributed nearly $9.3 billion in humanitarian assistance responding to crises around the world – more than any other country.

“Helping displaced people as close to their homes as possible better facilitates their eventual safe and voluntary return,” he said. “Their efforts to rebuild their communities help restore affected areas to stability, which is always in America’s interest.”

Refugee Council USA, a coalition of 25 US-based non-governmental organizations, expressed dismay at the announced ceiling, noting that faith leaders and others have in recent week been urging the administration to raise it.

“Welcoming refugees has been a proud feature of our American legacy,” said the group’s chairman, Bill Canny. “By drastically reducing the resettlement program by over 80 percent in three years, we fail to live up to that legacy. RCUSA, each of its member organizations and the communities of which we are a part, remain committed to securing protections for those most in need.”

In a letter to the president in August, hundreds of religious leaders and organizations appealed to him to admit at least 95,000 refugees in FY 2020. Democrat-authored legislation introduced in the House and Senate this year seeks to require an annual cap of no less than 95,000.

Despite the sharp drop in refugee admissions under the Trump administration, the United States continues to admit more refugees than any other single country.

According to UNHCR figures for all refugees who departed for settlement to a receiving country, the U.S. alone accounted for 37.7 percent in calendar year 2017, 30.7 percent of the total in 2018, and 37.5 of the total so far this year.