Travel ban forces Americans to wait years for loved ones 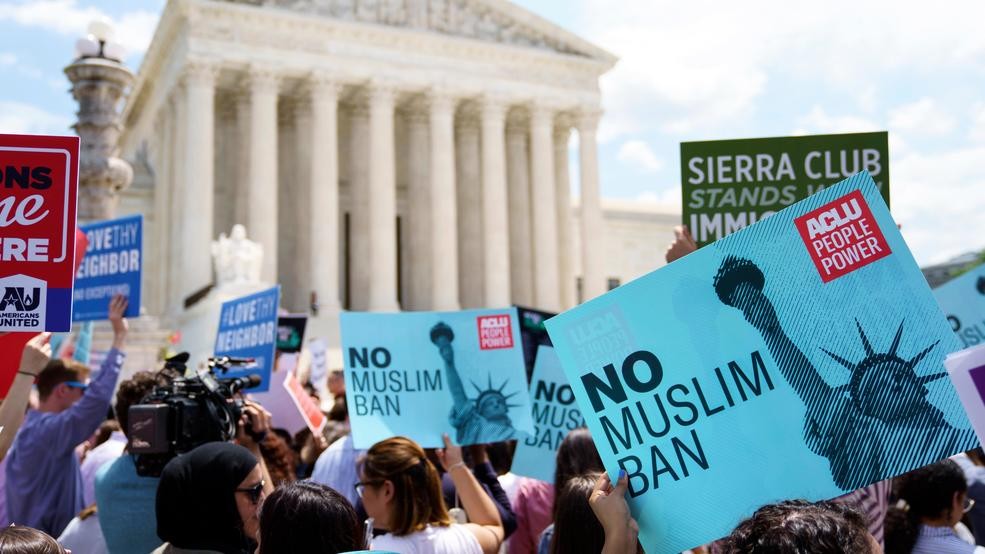 Eight-year-old Mutaz and his 9-year-old brother Adel has not seen their mother since 2012. The two boys are living in New York with their father Sadek Ahmed while their mother and two younger brothers are in Yemen.

Ahmed became a U.S. citizen in 2011 and petitioned for the two oldest boys to join him in 2012, but it took until 2015 for them to be allowed in the U.S. Ahmed petitioned for his wife and youngest two sons in 2016, but they have been waiting ever since.

Their wait should have only been a few months, but because of the travel ban issued by the Trump administration, it was put on hold.

“I really don’t understand how long it’s going to take ... I have two kids here. I need to know when she’s going to come. The kids keep asking me,” said Ahmed, tears in his eyes. “It’s hard for them, because they’re so young.”

The travel ban blocks citizens of five Muslim-majority countries and their immediate families from traveling or immigrating to the United States. The third version of the ban — which affects Iran, Libya, Somalia, Syria, Yemen, North Korea and government representatives from Venezuela — was upheld by the Supreme Court in June 2018.

This makes it very difficult for citizens like Ahmed to bring family members to America from these war-torn countries.

Ahmed’s family isn't the only family affected by this travel ban. The effect has been stark: Almost 38,000 people seeking immigrant or tourist visas have been blocked from the U.S. since the ban took effect. Only 2,673 waivers were granted between December 2017 and January 2019, according to the State Department, which did not comment on how the waivers were granted.

This coincides with a sharp decline in granted immigrant visas. In the 2018 fiscal year, the U.S. issued 4,167 immigrant visas to people from those five countries, compared with 25,538 visas two years earlier.

The ban has also greatly affected the life of Shamim Darchini Astaneh, a 25-year-old Californian who is heading to graduate school for a career as a pharmacist. Her 33-year-old husband, Amin Sirati, is a dentist stuck in Iran.

Astaneh came to the United States as a teenager when her mother won a green card lottery. She met Sirati when she went to visit family in Iran.

The couple married four years ago knowing they could be apart for two years while their visa application was reviewed. Since the ban, they now face the prospect of an indefinite separation.
In July 2017, the couple were interviewed at the U.S. Embassy in Abu Dhabi and told a visa should be ready in about two months.

Since then, she has sent consular officials letters from doctors describing the toll of the wait. In January, officials replied by saying they would no longer send updates on her waiver request.

Her separation from her husband forces her to get migraines, tremors, and spends all her waking hours next to a computer on FaceTime with Sirati.

“We don’t have too much time to see each other. When I am going to bed, he is going to work,” she said in a phone interview. “All the time we are on FaceTime.”

Mike Razi, an immigration attorney in Los Angeles, said his American clients separated from relatives in Iran are being discriminated against based on their family’s heritage.

“Nobody has a right to come to the United States,” Razi said. “But you have a right as a U.S. citizen to petition your family members. If you are from the Philippines, you can do that, but if you are Iranian, you can’t.”