Trump administration imposes 18K limit on refugees, the lowest ever 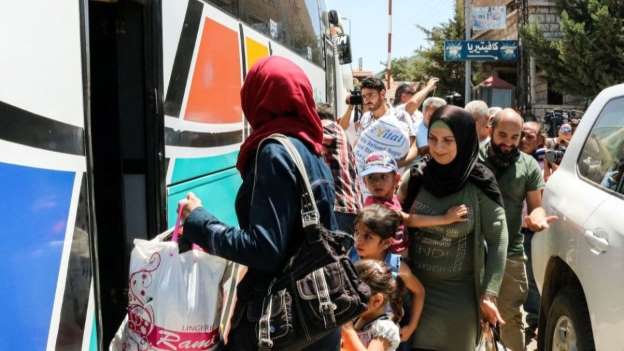 The Trump administration on Thursday proposed slashing refugee admissions to 18,000 for fiscal year 2020, marking a record low total since the program began in 1980.

The Trump administration last year set the refugee cap at 30,000. The administration has made curbing the number of migrants entering the country a priority.

The Departments of State, Homeland Security (DHS) and Health and Human Services submitted the proposed refugee admissions for fiscal year 2020 in a report to Congress on Thursday.

The Trump administration said it was necessary to reduce the number of refugee admissions in order to focus on addressing the flow of migrants at the U.S. southern border with Mexico and reducing the large backlog of asylum claims.

“The United States has always been and will always remain the most generous nation in the world when it comes to welcoming those in need of humanitarian protection, including refugees, asylees, and victims of trafficking,” said Acting Secretary of Homeland Security Kevin McAleenan in a statement.

“The Administration’s proposal for refugee admissions in Fiscal Year 2020 will allow the Department of Homeland Security to focus on addressing the ongoing crisis at the southern border, reducing a staggering asylum backlog that unfairly delays relief for those with meritorious claims, and completing more overall cases in an increasingly multifaceted humanitarian workload,” McAleenan said.

A senior official told reporters Thursday that the administration would prioritize admission to those persecuted for their religious beliefs, Iraqis who have assisted the United States and nationals from Guatemala, Honduras and El Salvador.

President Trump has long bemoaned the flow of migrants at the southern border, declaring a national emergency to secure additional funding to construct a wall at the U.S.-Mexico border.

The New York Times reported earlier this month that the administration was looking to reduce the cap to between 10,000 and 15,000, with immigration hawk and senior White House adviser Stephen Miller advocating for drastic cuts.

By comparison, former President Obama proposed a cap of 116,000 refugees in fiscal year 2016, his final one in office.

“Bipartisan lawmakers, faith groups, and everyday Americans have long stood by our commitment to refugees. We cannot let this Admin abandon our values for the sake of the Trump’s racist agenda,” the Congressional Hispanic Caucus tweeted in response.

Rep. Nita Lowey (D-N.Y.) called the decision “outrageous” and “a huge step backwards for US leadership around the world.”

According to the State Department, the administration expects to receive over 368,000 new refugees and asylum claims in fiscal year 2020. Of those, the administration proposes admitting 18,000 refugees to be resettled under the new refugee ceiling. The department also said officials anticipate processing over 350,000 individuals in new asylum cases.

“At the core of the Trump Administration’s foreign policy is a commitment to make decisions based on reality, not wishes, and to drive optimal outcomes based on concrete facts,” said a statement from the office of State Department spokeswoman Morgan Ortagus.

“The current burdens on the U.S. immigration system must be alleviated before it is again possible to resettle large number of refugees. Prioritizing the humanitarian protection cases of those already in our country is simply a matter of fairness and common sense,” the statement added.

But the Trump administration has taken numerous steps to make it more difficult for refugees and asylum-seekers to find safe haven in the U.S.

The administration pursued and the Supreme Court later upheld a policy that severely limits the number of migrants who can claim asylum in the U.S. if they came from Central America.

DHS has in recent weeks announced agreements with Honduras and El Salvador for those countries to take in more asylum-seekers. Immigration advocates have blasted those deals, noting that the Northern Triangle countries have problems with poverty and violence that make it inhospitable for those seeking asylum.

The final presidential determination on the refugee numbers for the next fiscal year will be announced following consultations with Congress, officials said.

The White House also rolled out an executive order on Thursday that will require refugees first entering the U.S. to resettle only in jurisdictions where state and local governments have consented to receive them through a program with the State Department. It does not impact refugees who have already been resettled in the United States.