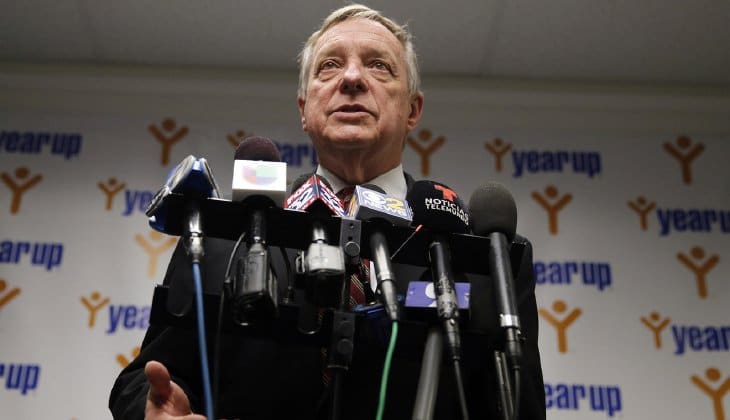 Ken Isaacs, the vice president of the Christian relief organization Samaritan’s Purse, has made many controversial statements through twitter, radio appearances, and various other media outlets.  Not only has he denied climate change, which is a lead factor in migration, he has made many Islamophobic statements.

After a terrorist attack in London, a Catholic bishop said, “This isn’t in the name of God, this isn’t what the Muslim faith asks people to do,” in an attempt to defend the Islamic faith from blanket statements of “radicalism.”

Isaacs disagreed with the bishop and retorted, “Bishop if you read the Quran you will know ‘this’ is exactly what the Muslim faith instructs the faithful to do.”

Isaacs’ nomination was announced on Thursday.  His official position would be director general of the United Nations’ International Organization for Migration (IOM).  The budget of IOM is nearly one billion dollars.  This organization has commonly had a United States leader for many years because the United States gives very high contributions to IOM.

After Obama said he wanted to accept more Syrian refugees, Isaacs said that this was a “foolish and delusional [attempt to] show cultural enlightenment.”  According to Isaacs, after a measly two hours in a refugee camp, he saw people that he assumed to be “real security risks” because he “knows what a fighter looks like.”

Isaacs also said that Christian Syrian refugees “must be 1st priority” because “Christians can never return” to Syria.

After the State Department was sent evidence of Isaacs social media, his Twitter was made private and Isaacs issued an apology, saying he regrets that the comments “have caused hurt and have undermined my professional record.”

Noticeably, Isaacs did not say in the statement that he did not mean what he said.  Based on his inability to condemn his past claims and a look at his previous posts, one can assume that Isaacs holds a serious prejudice against Muslims.

Eric Schwartz, the president of Refugees International (who used to be an assistant secretary of state for President Obama), spoke of the nomination saying, “I don’t know the nominee, but I’ve seen some of his statements and they reflect a troubling prejudice that is really incompatible with a position of leadership for the world’s most important international migration agency.”

Schwartz went further, adding, “The person who leads this needs to be a symbol of the international community’s support for humanity.  And that means that dark-skin people and Muslim people have the same inherent worth as any other people.”