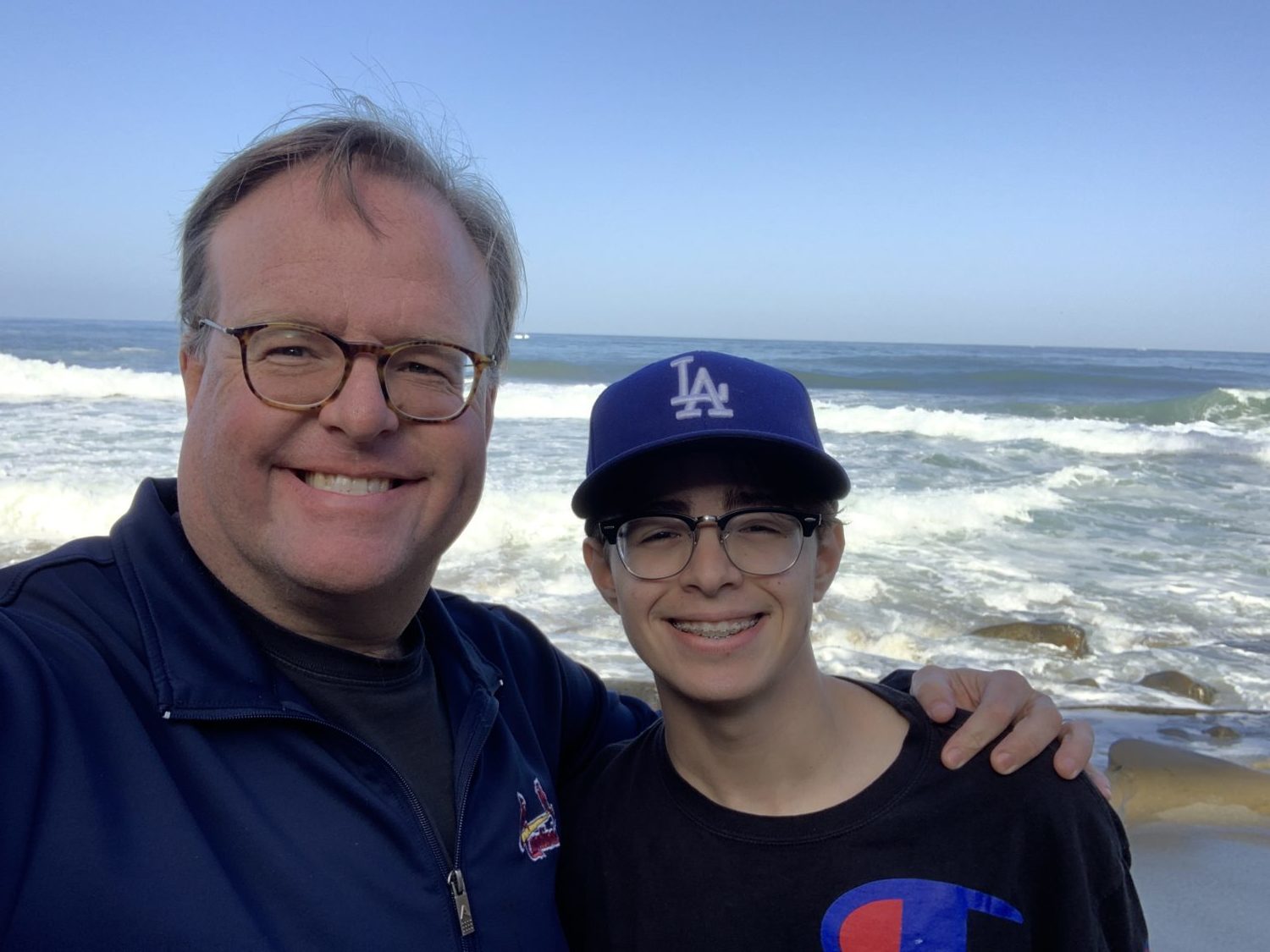 Careful readers of mine know how much I love San Diego.

I jump on any chance that I have to visit that beautiful city.

My long term goal is to open an office in San Diego and spend a lot of time there.

So when my eldest son said that he wanted to visit schools in San Diego, I replied, “Yes, sir!”

The two schools that we visited were the University of California – San Diego and San Diego State University.

Visiting college campuses is a lot of fun.  It made me want to go back to school.

Each school had a beautiful campus.

In particular, I liked UC-SD, especially because the library was named after Theodore Geisel, aka Dr. Seuss.

Ismail is an aspiring filmmaker so he took lots of pics and video all around southern California. 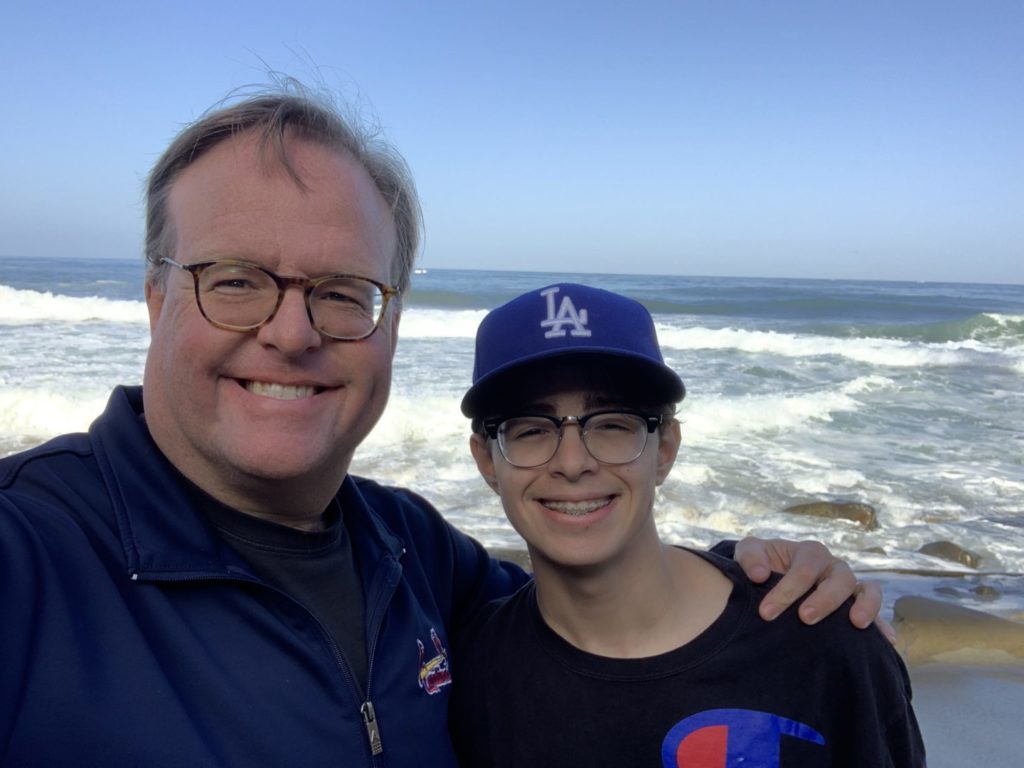 We only spent two days in San Diego, but we made the most of it.

Right before our flight left, we went to visit my favorite Mexican restaurant in Old Town San Diego.  It is called Cafe Coyote.

I love it because they always have two old ladies up front making handmade tortillas from scratch and the food is very good.

Ismail and I settled down for a nice lunch.  I was proud of him because he tried a few new things that he had never eaten before – Spanish rice, black beans and guacamole.

Our waiter, Christian, did a very nice job for us.  When he brought us the bill, he asked me a question.

“Sir,” Christian asked, “can I ask you something?”

“You look very familiar.  Do you make videos?” he asked.

I giggled.  You’d be surprised how many times this has actually happened to me because of our YouTube channel.

“Yes, Christian,” I said.  “I make immigration videos on YouTube.”

Christian smiled a big smile and said, “I knew it was you!”

We then had a nice chat about how he was in the process of filing an I-751 application to get the conditions removed on his lawful permanent resident status.

He asked me a few questions about the process and I answered them.  I also filed away the questions so that I could make a future YouTube video about it. 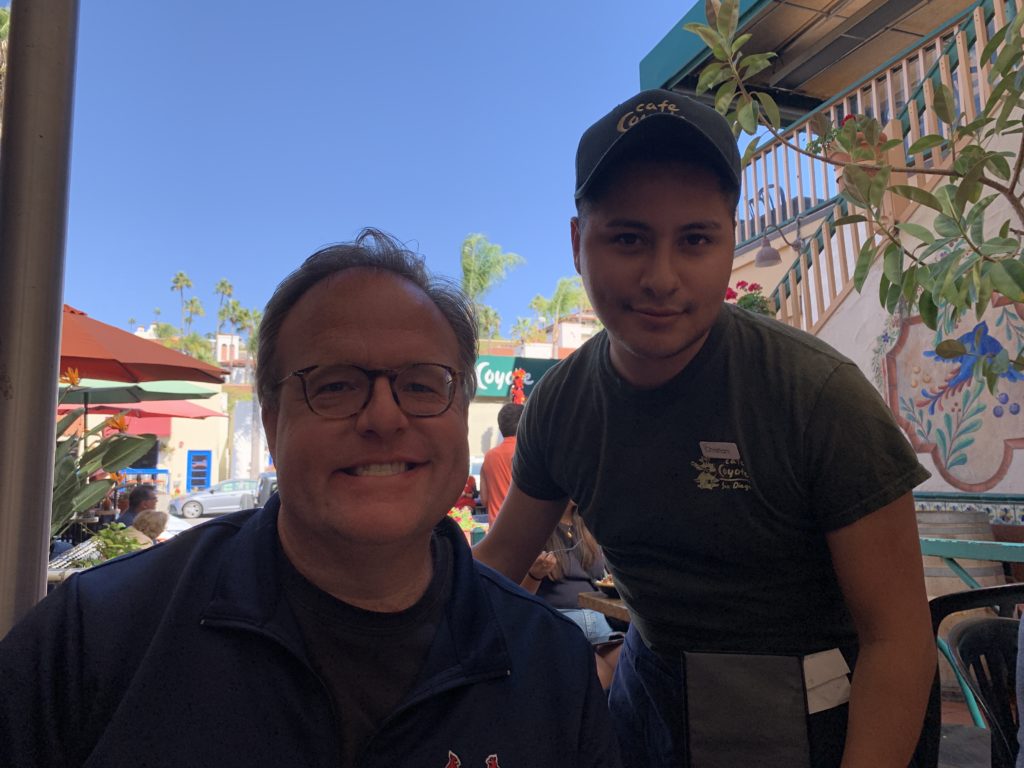 A little while later, just before we left, Christian brought one last thing for Ismail to try – flan.

And Ismail liked flan, too! 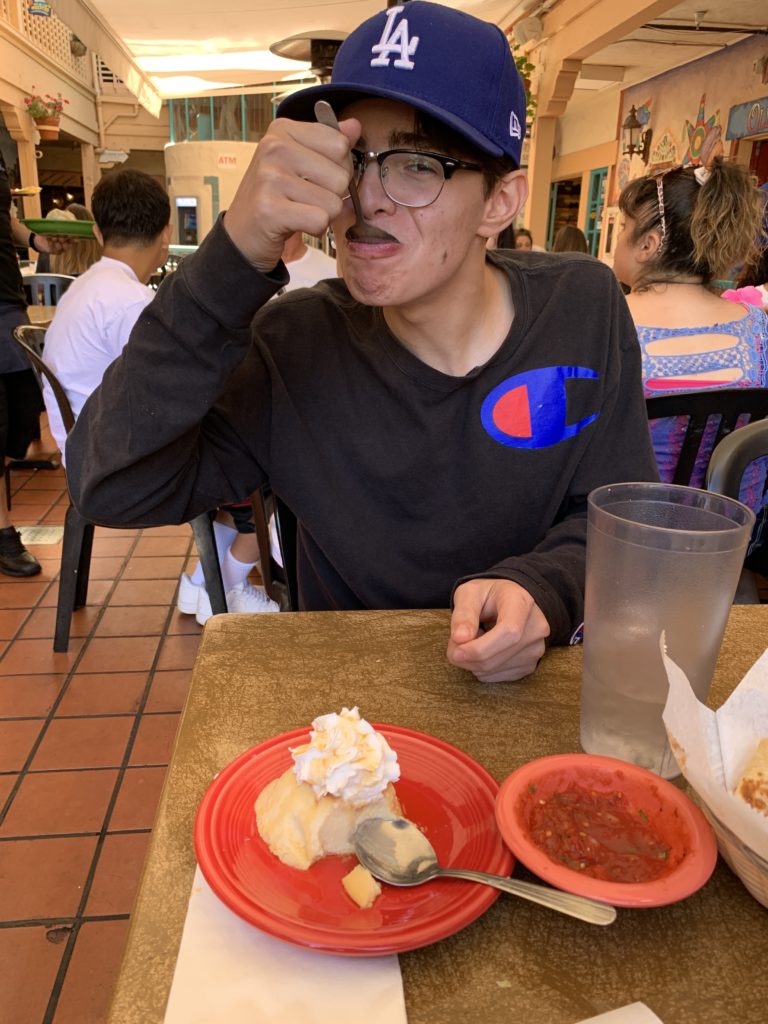 This little event, of course, made my day.  I never would have thought five years ago when I started making YouTube videos that they would have the reach that they have had.

Through the videos, we have been able to help lots and lots of people that we never really get to know.

We don’t know about them at all.

But on that day in San Diego, we got to see the impact our little green screen video room has achieved.

And it made it all worthwhile.