U Visas: Immigrant Crime Victims May Be Eligible for a special visa

Compared to other countries, most residents of the U.S. do not have to fear for their lives on a daily basis because of violence, murder, and abuse. Sadly, some immigrants are nevertheless victims of horrible abuse and physical attacks even in the U.S.  When this happens, many immigrants are afraid to come forward to the authorities because of a fear of deportation.  There is, however, hope for some immigrant victims of crime.

Immigrant victims of certain crimes may apply for a visa that eventually leads to permanent resident status in the U.S. This visa is called a “U Non-Immigrant visa.”

Requirement 1:  To begin, the crime has to qualify and they tend to be pretty serious. Here is a partial list:

Requirement 2: After confirming that your crime qualifies, you have to show that you are suffering as a result of the criminal activity and that you are willing to assist the police in the investigation and prosecution of a crime.

If the crime happened to a child, then a parent or guardian is able to apply on their behalf.

The police have to get involved in these cases and you will need their cooperation to be successful. If a police office will not certify that you are helpful or are willing to be helpful, then the U-visa application will not go forward.

Requirement 3: Lastly, this visa only helps victims of crimes that occurred in the U.S. or if it happened outside of the U.S. somehow violated U.S. law (this is difficult to show).

The benefits of U-visa are numerous from being able to remain in the U.S. by being able to apply for permanent resident status which leads to a “green card.”  Additionally, if you are approved, you may apply for your spouse and minor children to join you in the U.S. or be given lawful status if they are in the U.S. without permission.

You might wonder why the U.S. would permit this type of visa. The reason is simple: everyone in the community is safer when criminals are caught and punished. It is to the benefit of U.S. citizens and non-citizens alike to put criminals behind bars. The U visa gives immigrants the safety of knowing that if they come forward and are willing to help the police that they may be entitled to protection from deportation after being a victim of some very serious crimes.

Congress has limited the number of U visas that USCIS may issue each year to 10,000.  Sadly, and indicative of the need, USCIS has issued the full 10,000 U visas in each of the past 5 consecutive years. 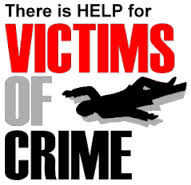