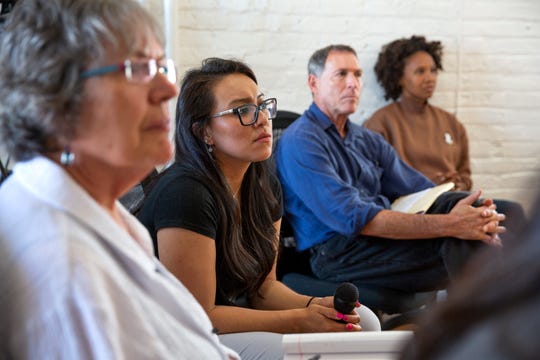 Liliana Campos was on a train from Los Angeles to San Francisco when she got a text from her brother alerting her of Immigration and Customs Enforcement raids in San Bruno, California.

“Be careful,” he warned.

Campos, 32, was overcome by a familiar fear. She had been a permanent resident for about a year. Logically, she knew that if ICE officers showed up in her neighborhood, they could not arrest her. But Campos said she can’t help but be haunted by the fear she felt during her 22 years living in the United States as an undocumented immigrant.

The Trump administration’s ongoing threats of ICE raids are exacerbating the daily fear and anxiety experienced by millions of undocumented immigrants across the United States. Without legal rights to reside or work in the U.S. or in many cases qualify for benefits such as health care, driver’s licenses or higher education, experts say many undocumented immigrants struggle with mental health problems often without the ability to seek treatment.

Researchers and immigrant rights advocates have only recently begun to study the effects immigration laws and political rhetoric can have on undocumented immigrants.

“It’s very alarming to be in a position to be in. Our fear response is activated every day for years,” Campos said of the fear of deportation. “It has consequences.”

Immigrant families that avoid routine activities out of fear of immigration enforcement are more than three times more likely to experience psychological distress than immigrant families who didn’t avoid the same activities, according to a recent study by the Urban Institute.

The policies, coupled with lasting fear of deportation, often result in depression, anxiety, or trauma related stress, according to Esmeralda Zamudio, a psychologist who works with undocumented students at the University of California, San Francisco.

Gustavo Guerrero, 27, said there’s not a day that goes by when he’s not thinking of his immigration status. “It’s always in the back of your mind,” he said, “You’re driving, you’re working, you’re sleeping in your home, you’re picking up your kids from school, you’re constantly thinking about it.”

Guerrero, who is originally from Honduras, said he swam across the Rio Grande when he was 12 years old. Guerrero, who is a musician in Nashville, Tennessee, struggles with anxiety related to his undocumented legal status. He needs counseling, but without health insurance, he said he pays the $150 per session out of pocket. He can only afford to go once a month.

Others, like Azul Uribe, don’t learn of their undocumented legal status until later in life. Uribe came to the United States from Mexico by plane when she was 11, but her mother never told her she was undocumented — she wanted Uribe to assimilate, and to not live fearfully.

She learned of her undocumented legal status one week after her 22nd birthday — her brother told her over the phone.

“I’d gone from being this really gregarious, social, extroverted person to not being able to go to the grocery store when there were other people around because I felt like I was having a heart attack,” said Uribe, now 35.

For years, Uribe was locked in a legal battle to fight deportation. She had trouble sleeping and lost her appetite.

“I was very anxious a lot. I was broke and I could barely take care of my needs. I was just very poor and very anxious and very depressed,” Uribe said.

It would’ve been impossible to have a normal life — there was a constant echo of “You could be deported at any second,” she said. Miserable and hopeless, she wondered: “How long is my life going to stretch out like this?”

Three years after the start of her immigration case, Uribe agreed to voluntarily deport from the U.S. Uribe said she left on September 5, 2009, taking a bus to Mexico, a place that felt foreign to her because she had left there for the last time when she was 11 years old.

Uribe left the United States during a period of intensifying immigration enforcement that occurred at the end of the George W. Bush Administration, and the beginning of the Obama Administration.

Former president Barack Obama is widely known in immigrant communities as the “Deporter-in-Chief.” Randy Capps, director of research for U.S. programs at the Migration Policy Institute, a nonpartisan think tank based in Washington, D.C., said he earned that title by deporting more undocumented immigrants than any president before him. However, Capps said, Obama focused his enforcement efforts on immigrants who had committed serious crimes.

Although President Donald Trump’s deportation count isn’t close to the number of people deported under Obama, Capps said, “the rhetoric is different, and the intention is different.”

Trump’s stance on immigration became apparent early on in his campaign when he promised to build a wall on Mexico’s dime, called immigrants animals, rapists and “bad hombres” and vowed to end DACA, a deportation deferral permit for those who were brought to the U.S. as children during a certain time period. Many immigrants, researchers and clinicians say the danger for the immigrant community is not just in Trump’s own language and policies, but in the behavior he empowers with it.

Trump has recently come under fire after a mass shooting this month at a Walmart in El Paso, Texas. The gunman allegedly posted hateful, anti-immigrant writing online before the attack that killed 22 people and injured 24. 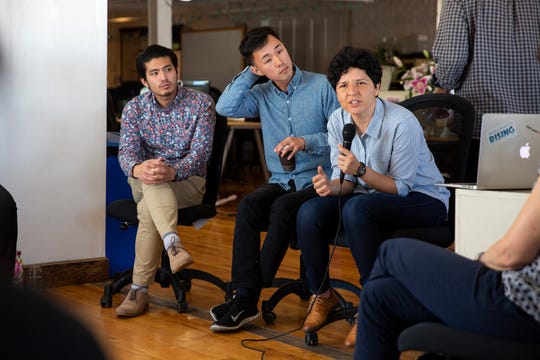 The anti-immigrant rhetoric is damaging in the daily lives of the Latinx community, experts say. Zamudio explained that regularly hearing negative things about yourself and your community can impact mental health, confidence and self esteem.

“It really impacts your ability to thrive,” Zamudio said.

Campos, who was undocumented for 22 years before gaining legal status, is now working toward a doctoral degree in clinical psychology at the University of San Francisco. She is also the Mental Health Advocate at Immigrants Rising, where she is working on an online service that connects undocumented young people with pro bono mental health clinicians.

“This is the research I do. I think about it, I write about it, I read about it and I see it. But I also live it,” Campos said.

She studies the mental health outcomes of the lasting fear of deportation. It’s hard for her sometimes, she said. Everyday can feel like preparing for battle because her work requires her to stay informed on immigration news, which often features anti-immigration policy and rhetoric, she said.

“I feel like I’ve lived my entire life in this country on survival mode,” Campos said. “I don’t know anything else but continuing to fight for my community and myself, hoping that we will have justice and access to what we deserve as human beings.”

Andrew Lorenzen-Strait, who is now the director of children and family services at Lutheran Immigrant and Refugee Services in Washington, D.C., said that changes to sleeping and eating patterns can be the biggest indication that someone is under psychological distress.

“What I found to be unique about the migrant community is so often they do not realize they have a mental health condition,” Lorenzen-Strait said. “And they don’t even know to ask for help. And they don’t even know how to recognize the signs and symptoms of depression, post-traumatic stress issues or even the highest issues schizophrenia, bipolar, because that type of issue and condition is foreign to them.”

Jennifer Garcia Mendoza works with United We Dream, a national organization to support undocumented youth, educating undocumented immigrants all over the country about indigenous healing practices and self care methods they can employ if they can’t access more formal mental health services.

Garcia Mendoza, 23, was brought to the United States without legal authorization from Mexico with her older brother when she was 8 years old. About two years after they arrived in Albuquerque, New Mexico, Garcia Mendoza said, her brother began suffering with bipolar disorder.

Her parents, also undocumented, were fearful of being discovered and were unaware of what options they had to treat their struggling teenage son in the United States. Garcia Mendoza said her parents felt they had no choice but to send him back to Mexico to live with family and receive treatment.

The painful experience of growing up without her brother motivated her to study at the New Mexico School of Natural Therapeutics, and dedicate her life to helping other people in the undocumented community acknowledge and cope with the stress in healthy ways.

Through the UndocuHealth program, Garcia Mendoza teaches other undocumented immigrants about holistic health practices like yoga and meditative breathing. Garcia Mendoza said she hopes to help them transform their pain and fear into something that drives them forward.

Undocumented immigrants living in fear of deportation are not the only ones dealing with the consequences — oftentimes, their American citizen family members suffer, too.

Cassaundra Rodriguez, a sociology professor at the University of Nevada, Las Vegas, said that U.S. citizen children of undocumented immigrants live in fear of their parents being deported, and it also affects their sense of membership in the United States.

Cristian Solano-Córdova said it can be tough not to internalize the anti-immigrant rhetoric, “especially when society is telling you that you’re, you know, evil, that you’re a criminal, that you’re a rapist.”

Solano-Córdova said his sister was 8 years old in November 2016, when Trump was elected.

“On election night she asked me if she was going to get deported,” Solano-Córdova said. “I was like, ‘Baby, do you know what that word means?’ It’s really sad.”

Solano-Córdova, 27, who immigrated to the United States without legal authorization from Mexico when he was a child, now works with the Colorado Immigrants Rights Coalition. He struggles with anxiety relating to his undocumented legal status but said he is empowered by working with the undocumented community — he knows he’s not alone.

Solano-Córdova had always wanted to become a doctor, but now that he is working in immigration advocacy, he said he can’t stand the thought of not doing something to alleviate the situation for immigrants in the United States. He is haunted, he said, by the possibility of one day “potentially going home and finding my mom’s house empty and my little sister just sitting there alone.”