Volunteers Training to Respond to ICE Arrests in California 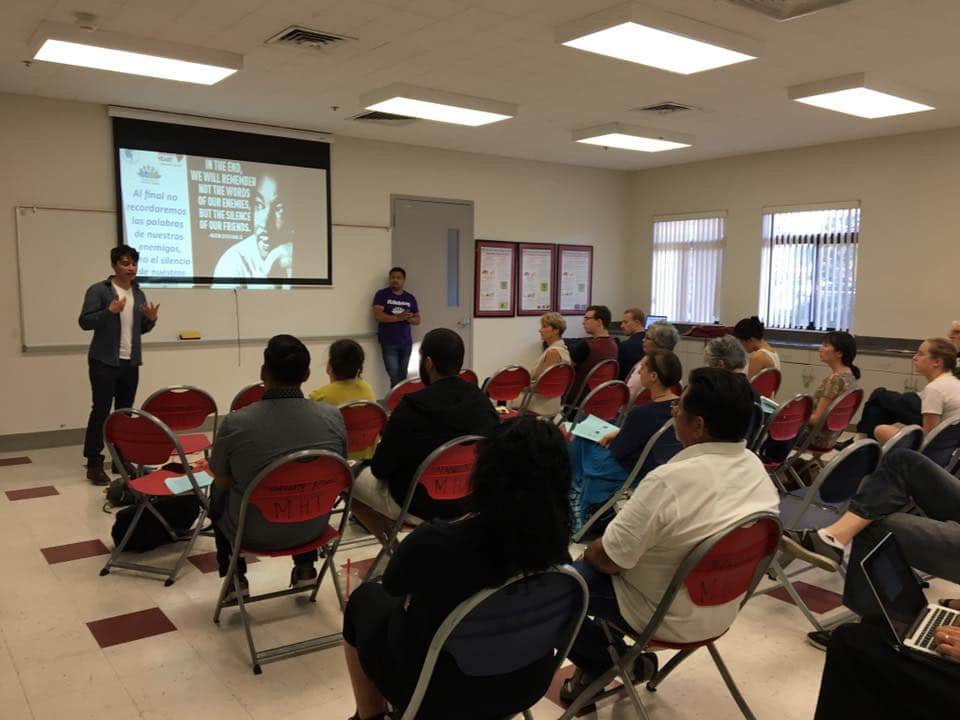 Arturo Palato, a community organizer, in Stockton, California, trains volunteers on what to do if immigration authorities come to arrest neighbors and members of the community.  He reminds them to take notes, take photos, and be ready to provide eyewitness accounts in case anything goes wrong.

A local pastor and fellow community organizer, Curtis Smith, explained to volunteers that they cannot impede or interfere with ICE, saying, “We cannot stop ICE from doing what they do…but we can offer support so that people know they can count on their community to show up in their time of need.”

Faith in the Valley, an interfaith non-profit in California’s Central Valley, carries out “rapid response” training programs to equip citizens and legal residents with how to respond during massive roundups and deportations.  The training programs have approximately 150 volunteers.

While similar volunteer opportunities are happening in other states, California’s programs are expected to be the largest.  This can be credited to the more than two million undocumented immigrants that are estimated to be living in California.  Even though the governor signed a law discouraging law enforcement cooperation with ICE, California will still feel the Trump administration’s immigration policies as they take effect.

Faith in the Valley has been creating the rapid response system for six months.  Member congregations, and foundations such as the California Endowment, Catholic Campaign for Human Development and Sierra Health Foundation are helping to fund the program.  Volunteers, who are contacted via text message, agree to show up at ICE raids and observe, note take, and find out where the arrested people are being sent next.  The following step is to try to send legal help to those arrested.

The system has only been used once thus far, when a teacher at Sunnyside High School in Fresno was Facebook messaged by a student, notifying her that ICE was at a grocery store.  Amanda Peterson, the teacher, called the Faith in the Valley emergency number and headed to the grocery store.

The ICE officers had only gone into the store to get groceries, but it was a good practice run for the system.  Peterson said, “It seems that the administration agenda is to make folks of different ethnic backgrounds and beliefs feel uncomfortable.”