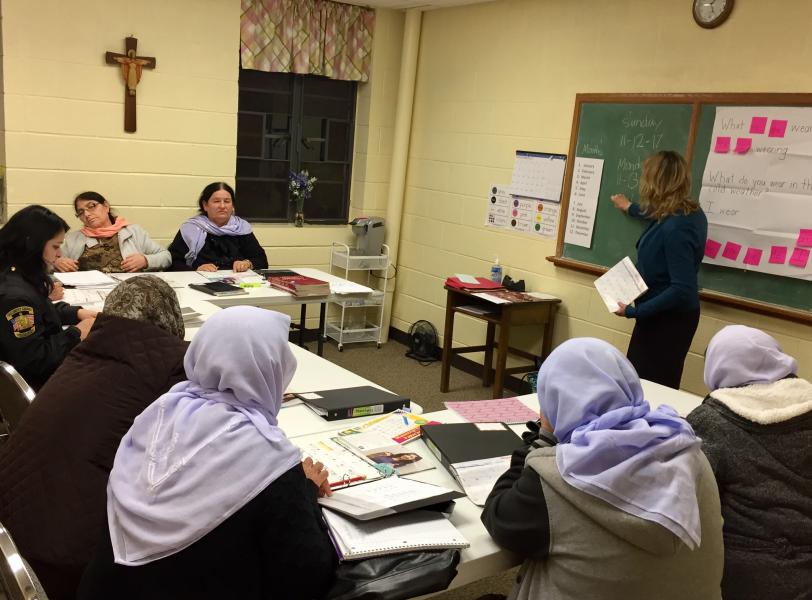 Nearly 3,000 Yazidi refugees from Northern Iraq have resettled in Nebraska.

Due to the heinous violence from the Islamic State group, thousands of Yazidis left dead after an ISIS genocide in 2014, along with long-going ethnic and religious persecution, the Yazidi minority has found a new home in the city of Lincoln, Nebraska’s state capital.

Hasan Khalil, who spent eleven years living in a refugee camp, describes his new home in Nebraska, saying “it’s kind of like back home.  You know, we lived in farms back in Syria.  It looked…really safe.  And that’s what attracted me most…”

Lincoln has created a cultural center for refugees to learn skills that will help them succeed in America, such as the English language, money management, and how to drive.

The director of the center, Jolene McCulley says of the Yazidis, “They’re dealing with a lot of trauma.  And so right now our goal is to help them overcome the trauma and remember their culture and carry on their culture, before we focus on integration.”  McCulley explains that even Yazidis who started out in a different city in the US, relocate to Lincoln after hearing about the Yazidi population there.  “Then,” she says, “the community support is a lot better than some of the bigger cities that they have been resettled in.”

Lutheran Family Services’ Lacey Studnicka welcomes refugees in Lincoln.  According to Studnicka, “Nebraska is a flyover state, typically very conservative.  But Nebraska resettled the most refugees per capita in 2016.”

When asked about his feelings regarding those still in refugee camps, or worse, Hasan Khalil says, “There’s always hope.  When I think about those kids in the refugee camps right now that are struggling, I always feel like I want to give them my voice, tell them that there is hope.”

It is refreshing to hear that refugees and immigrants are still finding newfound opportunity and happy homes here in our nation of immigrants.