Happy Saturday. I hope your week went well and that you can enjoy a few days off. I will be working a bit this morning, meeting with a few new potential clients and then I will be taking the kids to my dad’s company picnic over in Illinois. Hopefully, the rain will stay away.

Last night, I spoke with a young man who has a fiancee in the Philippines. He told me a regrettably sad tale.

Let’s call him Sam. Sam had met the young lady over the internet and they struck up a friendship. They hit it off so Sam went overseas to meet her. He liked her a lot, so they decided to get engaged.

Sam returned to the U.S. and decided to file an I-129F for a visa for his fiancee. Fiancee visa cases have been getting approved much more quickly than spouse visa cases due to the weird way that the immigration service works. Sam applied back in October and, under normal processing times, his fiancee should be here by now.

Based upon what Sam told me, he did almost everything right. He submitted the right forms and he had documented proof that he had visited his fiancee at some point in the prior 2 years, which is required. He submitted engagement photos and other photos from his trip to the Philippines. He filed without an attorney. 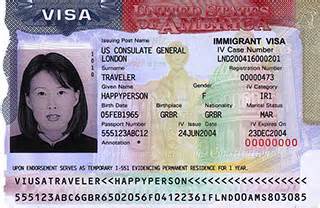 The one thing that he may or may not have forgotten to submit is a supporting form called a G-325A. The G-325A provides most of the background information on each applicant.

The case that he filed resulted in a few Requests for Evidence. These are the dreaded letters from USCIS in which they request more documentation. Sam did his best to respond to each of these RFE’s but I suspect that he did not fully respond to the RFE related to the G-325As.

Last week, Sam’s case was denied. His fiancee is no closer to coming to the U.S. than she was back in October of 2013. And they are out the filing fee and other costs associated with filing.

Sam wondered if he should pay the almost $700 filing fee to appeal. I told him that I thought that was a waste of time and money. USCIS would probably uphold the decision. And, it would take 6 months to do so – more delay.

Instead, Sam should hire an immigration attorney and refile. We discussed the possible involvement of our firm. Sam is going to think it over.

I told Sam, whether he hires our firm or not, he definitely needs legal help. The case will face a higher hurdle now that it has been denied once.

I hope to hear from him.