New Jersey Governor, Chris Christie, has announced his plan to confront illegal immigration.  Christie talked of creating a system for tracking visitors to the U.S. in the same way that FedEx tracks packages.

On a stop in Laconia, New Hampshire, Christie said, “At any moment, FedEx can tell you where that package is. It’s on the truck. It’s at the station. It’s on the airplane. Yet we let people come to this country with visas, and the minute they come in, we lose track of them. We need to have a system that tracks you from the moment you come in.”

According to Mr. Christie, 40 percent of 11 million illegal immigrants enter the U.S. legally but remain long past their visa expires.

“However long your visa is, then we go get you. We tap you on the shoulder and say, ‘Excuse me. Thanks for coming. Time to go,’” said Christie.

With Donald Trump’s plan to deport all illegal immigrants, as well as build a wall along the U.S-Mexico border, Christie’s plan could be seen as a desperate attempt to climb back into the top ten G.O.P presidential candidates. Many other Republican presidential contenders have followed suit by taking strong stances against illegal immigration.

While visa overstays is certainly a problem and the federal government does spend a significant amount of time trying to keep people out of the U.S. instead of finding the people already here without status, Mr. Christie’s plan is extreme and seems designed to get a response more than anything. 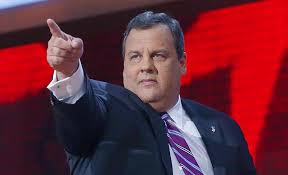