Criticisms of Trump’s Separation of Families and Children 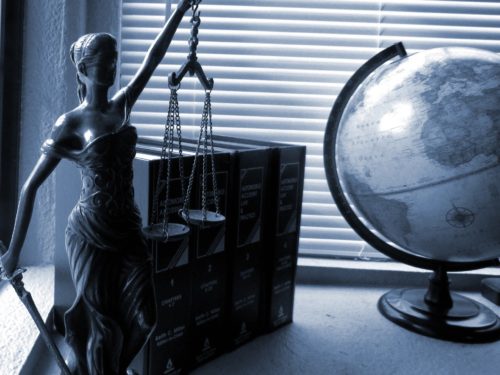 President Trump’s zero-tolerance policy is a sweeping effort at immigration reform that significantly increases the detainment and prosecution of undocumented individuals entering the United States. Since this policy’s enactment in 2018, the administration has seen widespread criticism regarding the mass incarceration of immigrants that has led to thousands of children being separated from their parents.

The Precedent of Operation Streamline

Separation of families and children was not unique to the Trump Administration. In the early 2000s, an initiative known as Operative Streamline contributed to the separation of many loved ones. This initiative started in Texas but quickly spread to other border states. Under Operation Streamline, officials would charge immigrants with a misdemeanor offense if they tried to cross the border illegally. Then, if this individual tried to cross the border again after removal, their offense could be charged as a felony.

Operation Streamline raised several concerns for many across the country, mainly because of its zero-tolerance approach that subjected undocumented immigrants to federal criminal consequences, regardless of whether they had any record of prior illegal offenses. There was also an absence of fair judicial treatment for asylum seekers under Operation Streamline. Many individuals arrested under this initiative were not afforded these rights because of the difficultly in making their case before getting deported.

Under Operation Streamline, families with children were sometimes treated as special cases, but not always. Operation Streamline set a powerful precedent that saw a substantial increase in criminal prosecutions of immigrants from its enactment during the Bush Administration and continuing through President Obama’s terms in the White House.

However, it took the measures that had already been implemented in Operation Streamline a step further. With the notable increase in criminal prosecutions that the administration’s zero-tolerance policy effected, the splitting of children from their parents was a seemingly inevitable outcome.

Whereas criminal sentencing of families with children had been relatively infrequent under Operation Streamline, the expanded zero-tolerance policy resulted in many parents and other family members facing federal criminal charges.

While we have seen isolated cases of this separation from other administrations, the magnitude and the level of the ineptness by the people running this program has come to the forefront. Now we have these scenes from the border that depict children getting separated from their parents and the government not knowing what to do. A federal judge is ordering officials to reunite these children as quickly as possible. However, it is not happening fast enough and there is doubt about who these children belong to. As a result, officials have resorted to DNA testing to figure out the identity of these children.

Children who are detained at the border are generally not supposed to be held for longer than a month. Still, parents who are awaiting criminal prosecution may have to wait months or longer before their case is heard in court, further contributing to the separation of families from their children.

Although President Trump signed an executive order in June of 2018 with the intent of stopping the separation of families, this initiative has failed to make a difference in these tragic events. Additionally, significant measures still need to be implemented to help with the unification of parents and their children, and not just the cessation of separating families at the border.