Revealed: The FBI’s Secret Methods for Recruiting Informants at the Border

International travel can be overwhelming and stressful for just about anyone, but particularly for immigrants entering the United States. They are often frazzled, especially if their English is not solid or it is their first time here. For many of them, their prior experiences with law enforcement or uniformed officials have involved bribery, intimidation, or worse.

Through the Joint Terrorism Task Forces, the Federal Bureau of Investigation (FBI) works closely with other government agencies to turn these vulnerabilities into opportunities for gathering intelligence. These task forces are partnerships between local, state, and federal agencies (that are not traditionally intelligence based) with intelligence agencies like the FBI and charged with counterterrorism efforts. The agency that has been under the spotlight recently is the CBP and its deal with the FBI to provide informants it interrogates at the border.

The use of these informants ballooned when the FBI began recruiting other agencies in its post-9/11 transformation into an agency hybrid of intelligence and law enforcement with a top priority of counterterrorism. 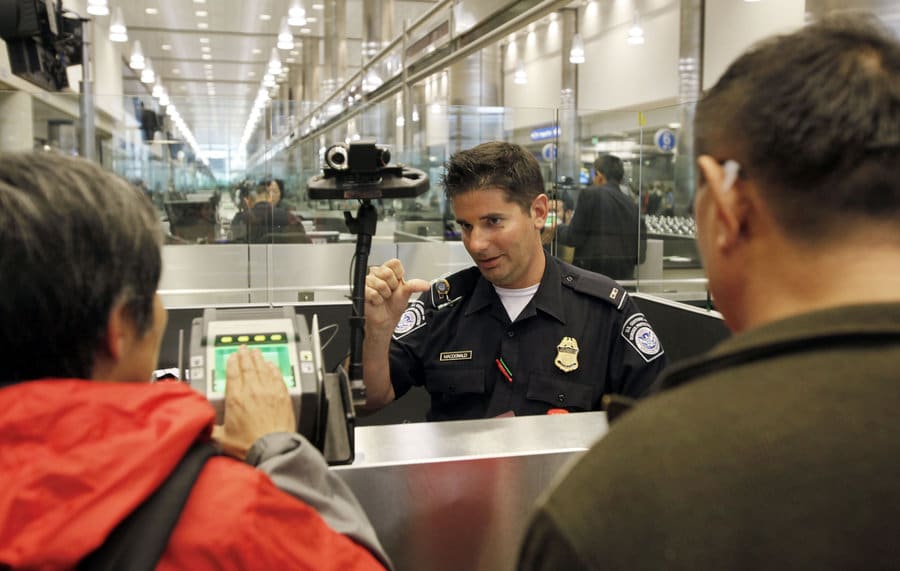 This is how it works: the CBP flags incoming passengers and shipments for possible extra screening according to rules based on perceived threats, a process referred to as “threshold targeting.” According to the US Customs and Border Protection Overview/Capabilities, which are deemed to “target, not profile” by the CBP, could be based on country of origin, but also “travel pattern, age, name, origin,” or they could be “scenario-based,” “list based,” or “affiliate based.”

Federal law enforcement agents have broad authority to search and question people at the border. In fact, border agencies are exempt from guidances barring racial profiling in law enforcement operations. The rules operated under do not mention anything about religion directly but the countries that they pay extra attention to are majority Muslim countries with connections to terrorism, like Pakistan, Yemen, and Somalia. Moreover, there is mentioning of the clan and tribal affiliation within the rules.

All findings are then reported to the FBI, which may, and often does, later contact a target individual. Through this process, an informal watchlist is created of people who have caught the FBI’s interest, not because they have done something wrong or may be dangerous, but because they may be useful to the government.

It is understandable that law enforcement closely monitors border crossings for criminals or terrorist suspects; but they are explicitly gathering intelligence in these case, not enforcing the law. This trend in airports has been noticed by human rights and immigration attorneys as well. In fact, immigration attorneys will say it is very common for our Muslim clients, in particular, to be questioned at the border upon returning from an international trip, and then contacted by FBI agents within days. It has also become evident that American Muslims and travelers from majority-Muslim countries have been asked how frequently they prayed or for information about their mosques and tribal connections.

Immigrants are especially vulnerable to these extra screenings and will often have promises of immigration benefits or threats of deportation dangled in front of them as incentives to help. It must be noted though that FBI agents are expressly forbidden from making any promises or threats. With this in mind, it is clear that the FBI and CBP take advantage of those that don’t know any better.

When asked about the documents containing the details of the program, an FBI spokesperson said that “the FBI uses a myriad of lawful investigative methods and sources of information to support investigations…,” adding that “all confidential human source relationships with the FBI are voluntary.”

It’s a shame that the already incredibly overwhelming process of airport security has been made more complicated for certain members of our society. As the issue comes to light and advocacy groups continue to fight for justice on this front, we can have hope for changes in the near future.