Jim Hacking Appears on KMOX to Discuss the Muslim Ban 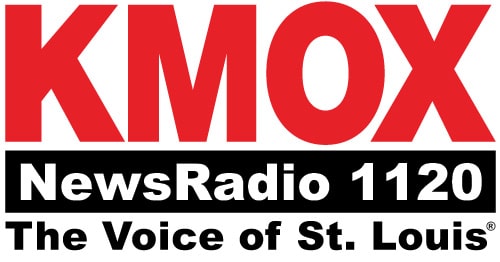 Debbie Monterrey: KMOX News time 7:52. President Trump’s Executive Order travel ban definitely has people on both sides of the aisles with their own opinions. One thing I think you can’t dispute is there has been a lot of chaos and confusion as a lot of people who are supposed to carry these rules out are not quite clear.

We’re checking in right now with a St. Louis area immigration attorney, who deals with issues like this every day. James Hacking III is with the Hacking Immigration Law. Thanks so much for being with us.

James Hacking : Hi Debbie, great to be with you. Thanks for having me.

Debbie: Now I imagine you, like all of us, are trying to figure out exactly, “Well, what does this order mean, and how long will it last? How is it being implemented?” I’m sure there’s misinformation on both sides of it. From your perspective, what does this ban mean, especially for the clients that you serve?

James: I think you need to step back a little bit and remember that back in December of 2015, candidate Trump said that he wanted to institute a Muslim ban. He wanted to have a “total and complete shutdown of Muslims entering the United States until our country’s representatives can figure out what is going on.”

Now that he’s become President, he, in his first week of office, issued a series of Executive Orders. One of the ones that he issued late Friday night, at 4:30 in the afternoon, was to ban any immigration for people from seven predominantly Muslim countries from coming into the United States. He also instituted an outright ban on refugees from coming into the United States.

I think it’s really important to keep in mind that this Order, by all accounts, was not drafted in consultation with the Department of Homeland Security. That DHS did not find out about this until the very last minute. There was no consultation with them. It doesn’t appear to be any real lawyers involved.

This seems to be the writings of Steve Bannon, someone who has promoted white nationalism. He said in 2013 that he was a Leninist, that he wanted to destroy the state. That’s his goal too, that he wanted to bring everything crashing down. He certainly succeeded in doing that over the weekend.

Customs and Border Patrol, which has 65,000 agents across the world, were left with no instructions on how to implement this Executive Order. They were given absolutely no guidance. It really was a train wreck.

James: No, it’s fundamentally different. There were two changes that President Obama made. Both of them were minor, minor in scope as compared to what Mr. Trump has done. Number one, there’s a temporary halt on Iraqi refugees for just a few months. That’s not at all what we’re talking about here. What we’re talking about here is an outright ban from people from seven countries.

The President and Bannon have cited things like 9/11 and the Executive Order. They’ve made arguments in Court when they’ve been challenged that this was related to the San Bernadino shootings. Of course, that was with people from Pakistan backgrounds. So there’s really no relation or correlation between the Order itself and anything that’s actually happening in the news.

The other thing that President Obama did is there’s a procedure where people who are from certain countries. The United States has entered into agreements with most of the European countries, and says that if you are from one of those countries, and you want to come to the United States, that you don’t have to actually go to the embassy and get a visa.

What President Obama and the Congress put into place is that for the people from these countries, that they would actually have to go and get a visa. They could still come to the United States. They could still afford all the rights and privileges of other people. But here we’re saying that people from these seven countries, there’s been no test that these people are involved in terrorism. These are people that are doctors, and lawyers, and professors, and students. There’s just some blanket stereotype and generalization that is from the far fringe right of the Republican Party. It’s nonsense really.

When you think about the refugees, one of the things that’s really troubling is, of course, this Order was handed down on National Holocaust Remembrance Day. We’re turning away people who are being subjected to war and some of the most horrible conditions. We’ve all seen pictures of Syria.

The idea that Syrian refugees, or refugees from any country, are not properly vetted or not extremely vetted, is an absolute joke. I deal with immigrants every single day. There’s no harder way to come to the United States than to come as a refugee. It’s not like you just say, “Oh, somebody knocked my house down. Can I please come to America?” And you’re on the plane the next day. You’re sitting in a refugee camp for years and years while you are, in fact, extremely vetted. They go over your application.

The fact is that 70% of refugees who are coming to the United States are women and children. This is a complete tempest in a teapot. There’s no relation to reality. I’m glad to see that it’s being struck down as much as it has been. It’s been challenged now in three different courts.

Debbie: We’ve got to run. We appreciate the information. As of now, we don’t have an idea of exactly when people waiting for family members to come here may get word. James Hacking III is with the Hacking Immigration Law, a St. Louis immigration attorney joining us here on KMOX.