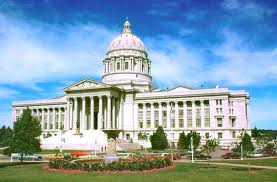 While the rest of the country debates opening up America to increased immigration, the Missouri House approved new legislation that would require employers to use a federal system to check potential employees’ legal resident status.

The system, known as E-verify, provides a way for employers to check the legal status of their potential employee in the hopes of avoiding penalties from the government for hiring undocumented workers. Penalties for employing someone who is not legally authorized to work in the U.S. can include fines up to $10,000 per worker and the employer may face up to six months in jail if they repeat the action.

Forcing employers to pay an annual fee to use this database would put a large burden for many who are small businesses. Despite the large costs of the e-verify database, Missouri has decided to move forward with the program and require checking potential employees. Missouri already requires public and private employers that receive loans, contracts or grants from the state to participate in a federal work authorization program. The bill would extend the requirement to all Missouri employers.

The legislation also increases penalties for businesses that are found guilty of hiring people residing illegally in the U.S. Business could have licenses suspended for up to 30 days on the first offense. The current law requires a 14-day suspension. The House voted on this legislation 104-50 Thursday and plans to send it over to the Senate next.

This “tought talk” on immigration coming from the Missouri house sounds similar to legislation passed by the Legislature during the past few years.  It also marks a departure from the recent talk in the Senate about being more receptive to immigrants.  If you have questions regarding the new immigration reform, applying for a visa or the changing immigration laws, contact us at 314-961-8200 or visit our contact page.