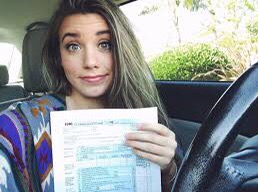 In the United States, there are numerous lies, untruths and falsehoods spread by those that dislike immigrants.

One of the favorite arguments made by those who oppose immigration is that undocumented immigrants (so-called “illegals”) is that because they are here without authorization, they aren’t working, they aren’t paying taxes and they are just living off the government dole.

Fact: undocumented immigrants pay billions – billions with a B – in income taxes every year.

How is this possible?

Turns out the IRS wants to get everyone’s taxes – both citizens and non-citizens alike.  So they have a procedure to allow undocumented immigrants to obtain a Taxpayer Identification Number, to have their taxes withheld from their wages and to file tax returns every year.

Apparently, some Americans are woefully misinformed on this issue as evidenced by a recent brouhaha that erupted on social media this weekend.

Belen Sisa is an undocumented immigrant.  She currently is the beneficiary of the Deferred Action for Childhood Arrivals program put in place by President Obama.  This means that she is allowed to remain in the U.S., to study and to work.  Sisa came to the U.S. many years ago with her parents and never returned to Argentina.

Last weekend, she posted a photo on her personal Facebook page.  The photo was of her sitting with a blank tax return and mentioned that she had just completed her taxes.

Then all hell broke loose.

Sisa found herself deluged by haters who called her a liar and a tax cheat.  Some folks messaged her to say that they had reported her to Immigration and Customs Enforcement for filing a false tax return.

Here are some of the nice quotes that Ms. Sisa received:

People are behaving horribly when it comes to immigrants these days.  This is another example of horribly misguided attacks on people who are following the law.  The haters need to relax and mind their own business.