A pair of brothers that hired H-1B workers have been found guilty of breaking federal law on November 12.  The six day long trial took place in the U.S. District Court in Dallas.  The brothers, Atul Nanda and Jiten Nanda, are each facing conviction of one count of conspiracy to harbor illegal aliens and conspiracy to commit visa fraud and four counts of wire fraud.  Dibon Solutions, an IT consulting group owned by the Nanda family, is involved in the case.  Their indictment was filed by the United States in 2013.

They could potentially face 20 years in prison and fines up to $250,000.  Their sentencing date has yet to be set.

The U.S. claimed that the Nanda brothers had recruited foreign citizens and represented H-1B visa workers with the intention of working at Dibon Solution’s office in Texas.  They went on to say they “did not have an actual position at the time [the foreign workers] were recruited,” and that the employees actually were providing their services to third-party companies. 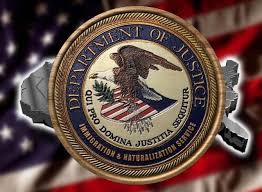 "The conspirators falsely represented that the workers had full-time positions and were paid an annual salary, as required by regulation to secure the visas," the government said about the conviction.

The investigation was conducted by the U.S. Department of Homeland Security, DHS’s Immigration and Customs Enforcement Agency, and the U.S. Department of State.  The government claimed that Dibon Solutions were given “a labor pool of inexpensive, skilled foreign workers.”  This scheme was found to be profitable.  They went on to say, “required minimal overhead, and Dibon could charge significant hourly rates for a computer consultant's services.”

The Nanda brothers “earned a substantial profit margin when a consultant was assigned to a project and incurred few costs when a worker was without billable work,” said a government report.