It was with great sadness that the immigration lawyers at the Hacking Immigration Law learned of the passing of celebrity chef and friend of immigrants, Anthony Bourdain last week. Apparently, Anthony ended his own life in France.

During his lifetime, Anthony frequently stood up for immigrants.  According to a piece in the Boston Globe, he began his career as a dishwasher in Provincetown.  He often attributed much of his success to knowledge imparted to him by immigrants.

"I walked into restaurants and the person always who’d been there the longest, who took the time to show me how it was done, was always Mexican or Central American.”

He also explained that if Trump deported 11 million people as promised, America's food industry would shut down.  Across the country, nearly one-fifth of our chefs, head cooks and cooks are undocumented.

The other wonderful aspect of Anthony Bourdain was his willingness to visit far off lands and teach America about these nations through the power of food.  His programs like No Reservations and Parts Unknown helped humanize people from other countries to an American audience that has grown increasingly isolationist and xenophobic.

Anthony's trips to places like Vietnam, Iran, Tuscany and other exotic locales were must see TV.  (Unfortunately, Anthony never made it to St. Louis, MO to see our burgeoning restaurant scene).  Bourdain would talk to the locals, learn their cooking techniques and he made you feel like you were sitting there beside him.

Bourdain also spoke up for "peasant" foods, including street foods in other countries.

We have lost a great advocate for thinking beyond our borders, of getting to know other people and of building bridges through the power of breaking bread together.  In a time where we seem to be getting more and more isolated, we need more people willing to seek out other lands and to learn how other people live.

Now more than ever. 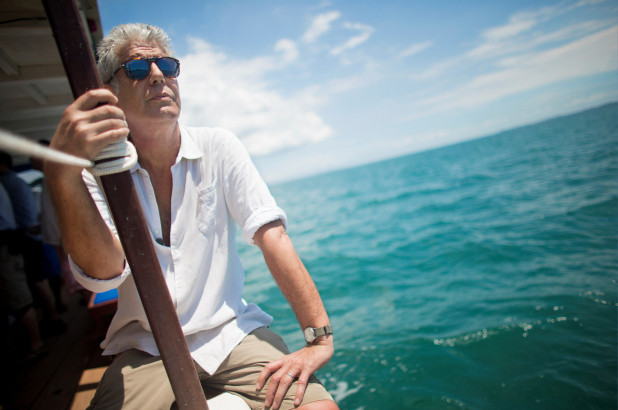