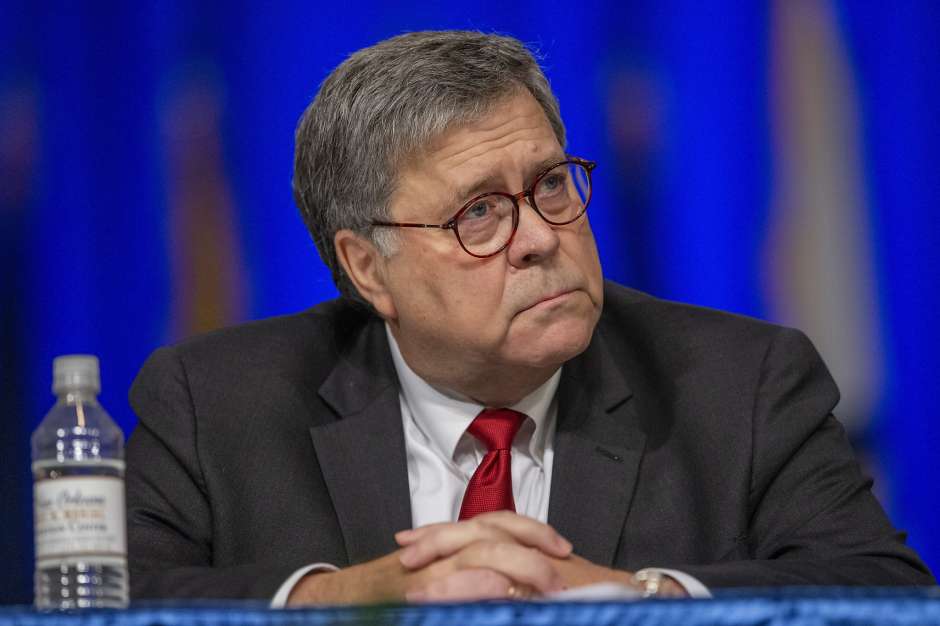 The Trump administration has promoted six judges to the immigration appeals court that sets binding policy for deportation cases — all of whom have high rates of denying immigrants’ asylum claims.

The six come from courts that have higher asylum-denial rates than the national average, including two from a court that has drawn complaints of unfair proceedings from immigration attorneys and advocates. A third has a long history of denying asylum to domestic violence victims, something the Justice Department has also sought to do.

The new appeals judges, who will now make up more than a quarter of the appellate board, were appointed as the administration works to speed up the immigration courts and narrow migrants’ use of asylum cases to come to the U.S. The six new appointees were sworn in Friday.

Four of the appointees fill seats on the Board of Immigration Appeals that the Trump administration created last year, saying new judges were needed to handle an increased workload. The two other new judges fill vacancies on the appeals board. All six were named by Attorney General William Barr.

The hires are in a new role, in which judges will be allowed to continue serving at any immigration court in the country rather than having to move to suburban Falls Church, Va., where the appeals board’s headquarters is. The new appeals judges also will be allowed to serve as fill-in lower court immigration judges.

Critics had suspected the Justice Department, which oversees the immigration courts, created the new positions to pack the board with judges from courts with high rates of denying immigrants’ claims, who may otherwise not have wanted to move to D.C.

The board serves as the appellate body for the immigration court system, an entity separate from the federal courts.

By law, the Justice Department is barred from considering political leanings when hiring judges. Agency officials say judges are selected based only on their qualifications for the job, and that their history of rulings is not taken into account.

According to data tracked by Syracuse University from 2013 through 2018, all the judges promoted Friday have records of denying asylum at much higher rates than immigration judges nationally. The Justice Department has in the past questioned Syracuse’s methodology, but does not provide statistics of its own.

Two of the new appeals judges were promoted by Barr from the Atlanta immigration court, which has one of the highest rates of asylum-claim denials in the country. The court rejected 95.3% of claims from 2013 to 2018, compared with a national average of 57.6%, Syracuse found.

One of the two new appeals judges from Atlanta, William Cassidy, had a rejection rate of 95.8%, 22nd highest in the country.

Cassidy was also the subject of 11 complaints from immigration attorneys from 2010-13, according to material obtained by the American Immigration Lawyers Association through a Freedom of Information Act lawsuit. That number of complaints was more than roughly 95% of all other immigration judges in that period, according to information from the lawsuit. Five of the 11 resulted in Cassidy being counseled by a superior on proper judicial behavior.

Also promoted by Barr from the Atlanta court was Earle Wilson, who denied 98.1% of asylum claims from 2013 to 2018, according to Syracuse. That was more than all but five immigration judges in the U.S.

It is not clear whether the Justice Department has responded to those complaints. The department said Friday it does not discuss personnel matters.

The other new appellate judges are:

• Keith Hunsucker, who has spent most of his time on the bench at the immigration court at the Port Isabel Detention Center in Texas. While there, he denied 81.6% of asylum cases, consistent with his court’s 81.1% average. Hunsucker is now in Cleveland.

• Stephanie Gorman, promoted from the Houston immigration court. She began hearing cases in 2017 and has an 86.9% asylum-denial rate, slightly below her court’s 89.3% average.

Couch also authored a 2017 ruling denying asylum to a Salvadoran woman who was physically and emotionally abused and raped by her ex-husband, a decision that the Board of Immigration Appeals reversed. It was that appellate decision that former Attorney General Jeff Sessions overturned to align the law more closely with Couch’s interpretation, saying domestic violence was largely not grounds for asylum. A federal judge has partially blocked that ruling for now.

Couch’s original decision was one of 10 domestic violence-related cases in 2017 in which the Board of Immigration Appeals found his rulings were “clearly erroneous.” In all 10, Couch rejected the claims of Central American women who had been beaten, raped and otherwise abused by their husbands or partners. The cases were made public as part of a Freedom of Information Act request by immigration attorney Bryan Johnson.

The Justice Department stood behind all the judges.

“DOJ doesn’t track asylum approval and denial rates for individual immigration judges, and (Syracuse) uses its own methodologies in interpreting the data it receives, resulting in conclusions that we cannot verify,” an official said in a statement. “Collectively, these judges … have nearly 120 years of immigration law (experience) through multiple administrations. Advocates that attack their integrity and professionalism only undermine the entire system.”

Immigration attorneys fear the hires are part of an effort by the Trump administration to skew the courts against immigrants, who face deportation if their claims are denied.

“The board’s primary function is to ensure rule of law and impartiality, yet the department cherry-picked judges from the harshest jurisdictions with the lowest asylum grant rates in the nation,” said Laura Lynch, senior policy counsel for the American Immigration Lawyers Association. “When we’re talking about asylum cases, these decisions are life or death for those seeking protection.”

Lynch’s group, along with the American Bar Association and the national union for immigration judges, has called for the immigration courts to be removed from the Justice Department and made independent. Rep. Zoe Lofgren, D-San Jose, has pledged to pursue legislation that would do so through the Judiciary subcommittee on immigration she chairs in the House.