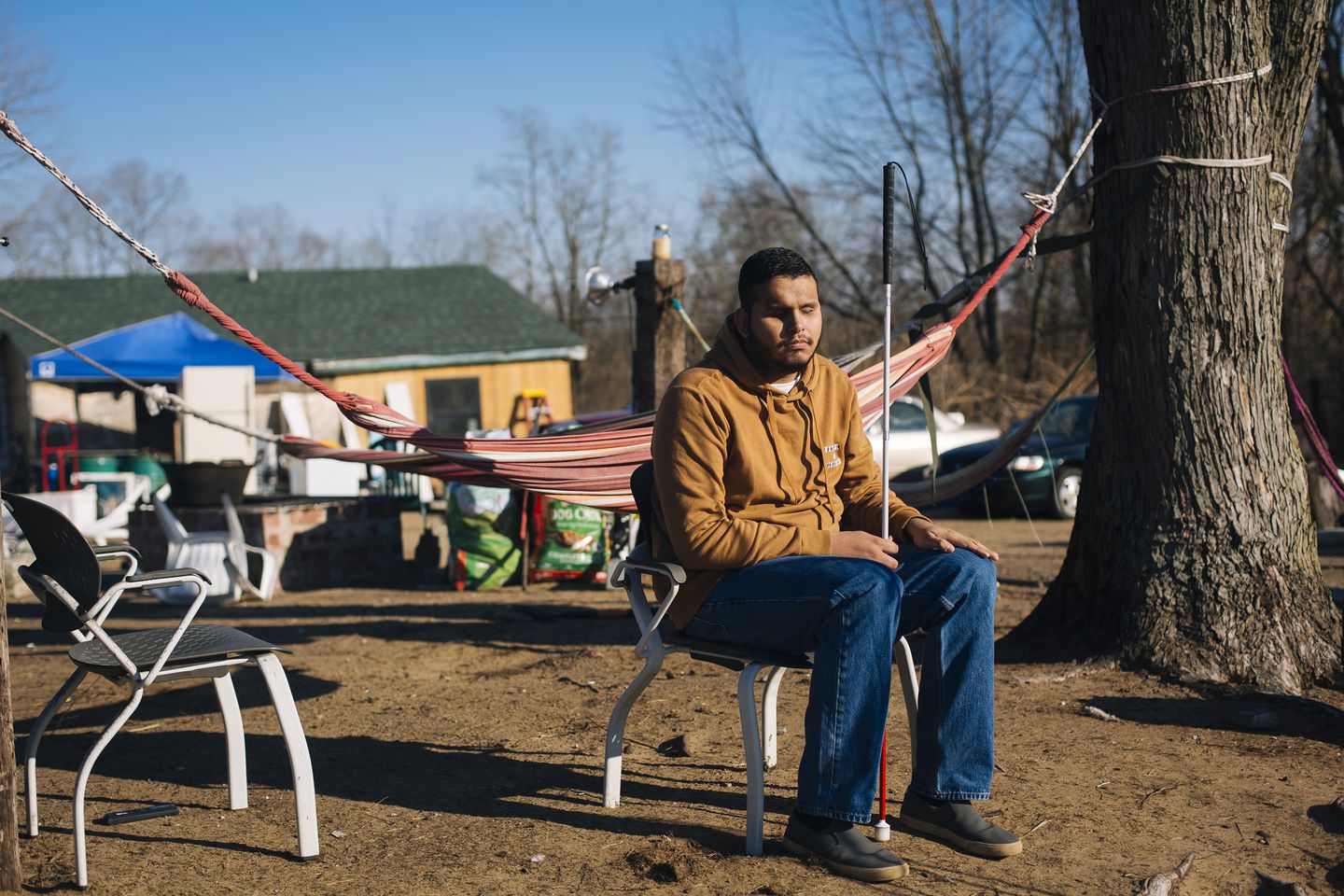 He became a legal permanent resident in the U.S. six years ago after coming to the United States as a teenager, and learned English by listening in school and on the radio.

Lucio and his family received green cards to escape fear of local drug cartels in Mexico.

He practiced civics questions for the citizenship test, and even went to an optometrist to get a vision exam and prove he was legally blind. Because of this, he asked in his citizenship application to be given his citizenship test in Braille, a system of raised dots that can be read with fingers for blind people.

The USCIS agent said they received his request for a Braille test, but USCIS did not have a Braille test available. They only had large print.

Still, the officer had to give him three attempts to read a sentence. However, Delgado was blind and couldn’t read what he couldn’t see.

The agent mentioned that he should come back to USCIS for a second interview later so the agents could waive the reading portion of the test, but only if he visited an ophthalmologist, an eye doctor who specializes in testing and diagnosing blindness. The letter he received from the optometrist didn’t matter.

However, Delgado doesn’t have health insurance, and he couldn’t afford to see the specialist.

“I really wasn’t expecting not to be provided that very basic accommodation,” he said. “It was quite a shocker, really.”

USCIS has been working on fixing the barriers for disabled immigrants wanting to obtain citizenship for years, but it wasn’t happening.

A few months after Delgado’s test, USCIS announced that they would begin offering the test in Braille to blind applicants.

Delgados attorney has commented on the agent asking him to see a ophthalmologist, saying, “The Americans with Disabilities Act itself does not require diagnosis by a medical doctor. Can a public agency decide that’s the criteria it wants to adopt? I suppose so, but only to the point that it does not become a barrier. For Lucio, it was definitely a barrier.”

She also said that making Delgado visit the specialist after he already went to an optometrist for an eye exam seemed to be unnecessary. Delgado’s eyes are clouded over, and he uses a white cane to get around. His disability should have been obvious.

After his story became widespread news, USCIS contacted Delgado and has scheduled another appointment with him for later this week.