Congressman proposes private bill to keep Irishman from being deported 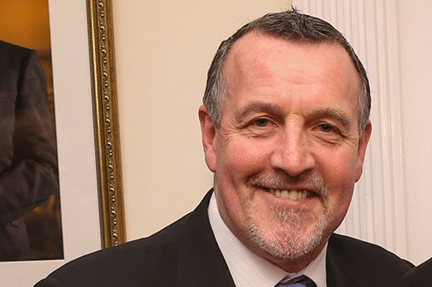 Congressman Joe Crowley of New York will introduce a private bill in support of Malachy McAllister, an Irishman who is subject to deportation from the U.S. on April 25.

At the same time, the Ancient Order of Hibernians is mobilizing members around the U.S., asking them to contact their Congressional representatives to ask for relief for McAllister.  The Irish native has lived for 20 years in the U.S. after fleeing Northern Ireland with his family after their home was shot at by Loyalist paramilitaries in 1988.

“Time is of the essence. We all need to act now,” Crowley told the Irish Voice on Tuesday.

“Malachy meets all the requirements to avoid deportation. He is absolutely no threat to the United States. He is one of the former hard men who took risks for peace in Northern Ireland, and his case needs to be seen in that context. We do not want to give reason for the dissidents to say their campaign should continue, and deporting Malachy would do that.”

McAllister is a former member of the Irish National Liberation Army.  He spent three years in prison in Belfast in the 1980s.  McAllister and his family fled Northern Ireland in 1988 after their home was attacked with gunfire. They first went to Canada and then to the U.S., where they have been fighting for asylum ever since.

Recently declassified British intelligence documents indicate collusion between the British security forces and Loyalist paramilitaries in the attack on the McAllister home, making him even more worried about deportation.

“I’m just worn down,” McAllister told the Irish Voice on Tuesday morning. “So many years we’ve had to go through this. All I want is closure. Questions have to be asked as to why this is happening now.”

His case for political asylum has been on appeal at the Board of Immigration Appeals.  McAllister has received deferred action from ICE in 12 month increments every year since 2006.  In March of 2015, Immigration & Customs Enforcement reversed their prior course of action and ordered McAllister to report for deportation.  McAllister’s prior arrest in Belfast has been flagged by ICE, though the complete context of the political unrest in Northern Ireland at the time is being ignored, his supporters say.

McAllister, a resident of Rutherford, NJ owns a successful stone mason business which has employed several U.S. citizens.  He also owns an Irish bar and restaurant in Manhattan called Wolfe Tone’s Irish Pub and Kitchen. He has had no arrests since his arrival in the U.S., and he has long disavowed paramilitary activity in the North, staunchly advocating for the peace process and the Good Friday Agreement.

“Everybody here knows who I am and what I stand for, all the Irish groups and organizations. I am very grateful for their support,” says McAllister, who is father to a 4-year-old U.S.-born son and grandfather to five U.S. citizen grandchildren.

The special bill that Crowley is proposing is a legislative mechanism whereby Congress can literally pass a piece of legislation designed to solve one person's immigration issue.  It is a rare form of immigration relief.