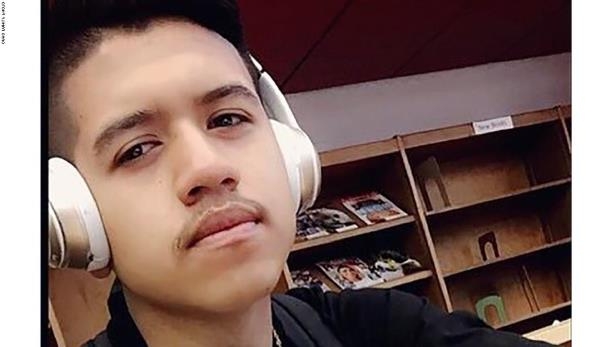 Manuel Antonio Cano Pacheco suffered a violent and terrible death in Mexico after U.S. Immigration and Customs Enforcement sent him "back" to the country that he had not called home since he was three-years-old.

Pacheco was a "Dreamer," a recipient of the Deferred Action for Childhood Arrivals program that the Obama Administration had unveiled.  The goal of DACA was to protect children and young adults who were brought to the United States undocumented.

Pacheco was set to graduate high school in Des Moines this year.

But, the teen had been stopped for speeding and charged with a DUI early in the school year.  This caught the eye of Immigration and Customs Enforcement.  According to a statement from an ICE spokesperson, Pacheco was arrested in Polk Country Jail.  A federal immigration judge removed Pacheco's DACA status.

A few misdemeanor convictions for a high school boy cost him his life.

The ICE public affairs officer, Shawn Neudauer, said that Pacheco was not technically deported, because he opted for the "voluntary departure" route.  He was escorted to the Texas and Mexico border on April 24.

There was a memorial service on June 3 in Trinity Las Americas Church.  A friend, Juan Verduzco, spoke of his friend with a once sunny disposition.

But, according to Verduzco, "He got into a really bad depression" when his father was sent to prison a few years ago, leading to some negative coping mechanisms, such as drinking.

Pacheco's new responsibilities as the oldest child and man of his family, meant that he now had to help support them.  He transferred high schools so that he could attend school while balancing a job in flooring installation.  His girlfriend had also given birth to his son who is now a year old.

Juan Verduzco said that Pacheco had received a scholarship to go to a college in Chicago for mechanics.

But, unfortunately, he would never make it to college.  Instead, he went out to eat with a cousin in Zacatecas.  The killers knew his cousin, and Pacheco was simply "in the wrong place at the wrong time."  He and his cousin were both killed and his throat was slit.