Egyptian and Russian citizens won the most U.S. green cards in this year’s random visa lottery 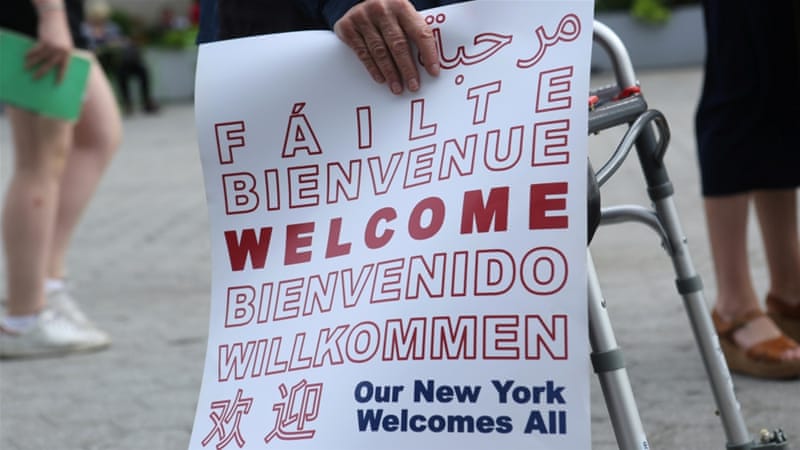 More than 23 million people from around the world — the applicants and their family members or “derivatives” — tried this year to legally immigrate to the United States and achieve the American Dream through the visa lottery program, the U.S. State Department statistics show.

Winners were selected through a randomized computer drawing from over 14 million qualified entries received during the 34-day application period last year.

According to the department, the visas were distributed among six geographic regions “with a maximum of seven percent available to persons born in any single country.”

The department published in its August 2019 Visa Bulletin the official statistical breakdown by country for Fiscal Year 2020 Diversity Immigrant Visa Program, which makes available up to 55,000 permanent resident visas, known as green cards, each year, to foreign citizens from countries with low rates of immigration to the United States.

Permanent resident visas for Egyptian citizens increased by 33 percent, and for Russian nationals by 40 percent, compared to last year’s DV-2019 diversity lottery, which made available 4,185 visas for Egypt and 3,641 visas for Russia, according to the August 2018 Visa Bulletin.

In the Americas region, natives from Cuba benefited the most from this year’s DV-2020 drawing, and 2,703 Cuban nationals were selected at random for a green card. It is a substantial increase compared to last year, when only 326 citizens of Cuba won.

Venezuela was the only South American country that exceeded the threshold of 1,000 visas, totaling 1,068 winners — a decrease from the 1,282 Venezuelan nationals who won in last year’s draw.

The visa lottery is one of the immigration programs that President Donald Trump has openly criticized. He has said that the “worst of the worst” are selected in the cost-free process.

“About 70 percent of immigrants who come to the United States today are admitted based on family relationships or through a random visa lottery —a system that favors random chance over the skills our economy needs,” President Trump’s Immigration Plan for the 21st Century says.

If you or a relative won the lottery, the next step is to submit an application for permanent residence using Form DS-260, and start to prepare for an interview in English.

But first, you have to confirm that you’re qualified. Overall, the winner must have at least a high school diploma or its equivalent, or two years’ work experience over the past five years in an eligible occupation that requires at least two years of training or experience.

After the Kentucky Consular Center (KCC) processes the Form DS-260, the visa winner and his or her relatives that will be allowed to migrate to the U.S. will receive instructions on how to scan and upload the required supporting documentation, including birth certificates, court and prison records, military records and police certificates.

The visa lottery is one of the simplest visa programs for foreigners who lack American sponsors and want to live and work legally in the U.S. In May, when the winners for Fiscal Year 2020 were announced, the State Department’s website collapsed due to the search frenzy.

The registration process for the DV-2021 randomized computer drawing, scheduled for this year, has not yet opened. But the program is changing — and it won’t be as easy as before.

Read more: Here’s a fast and easy way for foreign visitors to extend their stay in the U.S.

Last month, the U.S. State Department published a rule on the federal register website amending the Code of Federal Regulations. From now on, alien petitioners for the Diversity Visa Program will be required to have a valid, unexpired passport, to be able to participate in the computer drawing.

Previously, prospective immigrants didn’t need a valid passport to register electronically for the program, although they did need one after they were selected. It is one of the documents they need to bring to the the interview at the U.S. embassy or consulate — one of the final steps before receiving their diversity visas.

For visa lottery winners who already are present in the United States in a non-immigrant or other legal status, the U.S. Citizenship and Immigration Services (USCIS) will process adjustment of status applications. The first step for them is to file Form I-485 and the supporting evidence.