Is there such a thing as expedited removal of an immigrant and, if so, what is it?

Most people believe that removal orders or “deportation” orders only happen when you go to the immigration court and see an immigration judge. Unfortunately, this is not the case. There is a special type of removal order that is issued at the border by a U.S. Custom and Border (CBP) patrol officer. You never see a judge and you never see an attorney. This type of order is called an “expedited removal” order and here’s what you need to know in order to protect yourself.

How Is an Expedited Removal Order Issued?

A CBP officer can only use the expedited removal order process when a non-citizen presents themselves at the border and they believe:

CBP officers are limited in their ability to use the expedited removal process because there is no chance for the immigrant to speak to an attorney or see a judge. Therefore, it is a process that is meant to be used only in specific situations.  However, the CBP officer is required to advise you of the charges against you and give you an opportunity to respond to those charges in a sworn statement. See 8 C.F.R. § 235.3(b)(2)(i).

When an immigrant is at the border and is being processed for expedited removal, there are two situations in which the CBP officer must stop the expedite removal process and allow the immigrant a chance to appear before either a judge or an asylum officer. Those situations are:

In some circumstances, an immigrant could also ask that CBP allow them to “withdraw their admission” instead of issuing an expedited removal order. Basically, this means that you no longer want to enter the U.S. and you would like permission to return to your country.  Such a request is completely up to the CBP officer and does not have to be granted.

What Are the Consequences?

The consequences of an Expedited Removal Order can range from a temporary bar to entering the U.S. all the way to a life-time ban.  The following are typical consequences:

What Can You Do After An Expedited Removal Order is Issued?

If you were charged with fraud, some people are eligible to apply for a waiver of that fraud if they can show that a U.S. citizen or Lawful permanent resident spouse or parent would suffer extreme hardship if they are not permitted to obtain lawful status in the U.S. See INA § 212(a)(6)(C)(iii). There is also a waiver due to fraud for certain victims of domestic violence. See INA § 212(i). However, if your fraud was claiming to be a U.S. citizen, there is no waiver (unless very narrow exceptions apply such as the fact that you were a minor at the time).

There is no waiver for most people of the 10 year ban if you return to the U.S. illegally after being issued an expedited removal order. Some victims of domestic violence in very narrow situations can obtain a waiver of the 10 year ban. 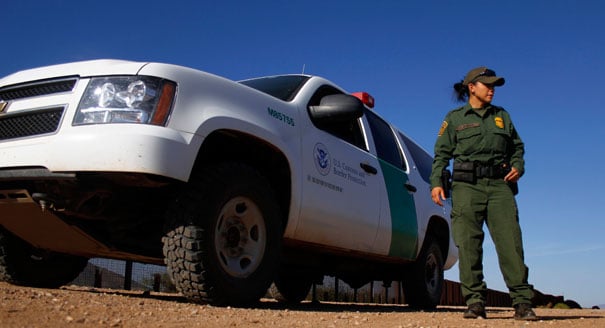