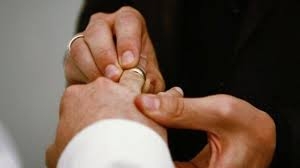 The answer is no, not necessarily.  You may still be eligible to obtain lawful permanent resident status.  The most important question is whether the marriage was entered into in good faith.  If you and your spouse entered into the marriage in good faith and there was no fraud involved, the fact that you and your spouse may be separated at the time of the lawful permanent resident status interview does not prohibit USCIS from approving your application.

Obviously, it is a lot harder to get such an application approved, but it is not impossible.

Precedent from the Board of Immigration Appeals and federal courts makes clear that if a marriage is valid at the time that it is entered in to, it is valid for immigration purposes.  Matter of Boromand, 17 I&N Dec. 450, 454 (BIA 1980).  This is true even if the spouses are separated.  Id.  This is also true even if the marriage is no longer viable.  Id.  “In the absence of evidence to support a finding of a fraudulent or sham marriage or evidence showing the legal dissolution of the marriage at the time of the adjustment, the denial of an adjustment of status application or the subsequent rescission of such grant cannot be based solely on the nonviability of the marriage at the time of the adjustment application.”  Id.

See also, Matter of McKee, 17 I&N Dec. 332 (BIA 1980) (visa petition could not be denied solely because the parties to the marriage were no longer living together); Hernandez v. Ashcroft, 345 F.3d 824, 845-49 (9th Cir. 2003) (the nonviability of a marriage cannot alone be the basis to deny adjustment even if USCIS characterizes its decision to deny adjustment as discretionary.

If you find yourself in a situation like this, your best bet is to hire an experienced immigration attorney to assist.  To have any chance of approval, you will need substantial, documented evidence that the marriage was entered into in good faith.  An attorney can help you gather and submit that evidence in a coherent manner.