Aranzazu Soto earned a perfect grade-point average from Xavier College Preparatory, an exclusive private high school in Phoenix where she graduated in May.

She’s the kind of student a university would love to have: driven, sharp, involved in her community.

The 18-year-old is leaving Arizona soon. She's going to Yale University, one of the country’s premier higher education institutions. It will be more affordable for her than any public university in the Grand Canyon State.

Soto is an undocumented immigrant, so she would have to pay out-of-state tuition rates at public universities in Arizona, even though she has been living in the state for most of her life. Yale 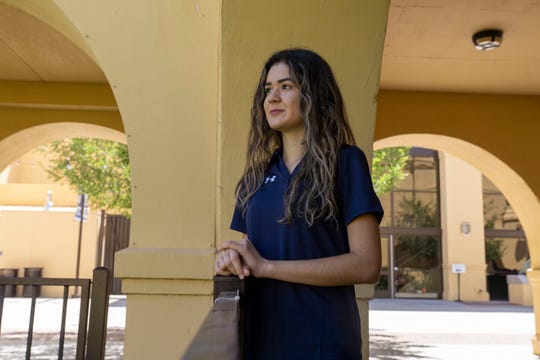 is more affordable for Soto because it is a private university with fixed tuition rates for in-state and out-of-state students.

In addition, Soto received a generous scholarship from the private institution that will cover all of her needs, including some money to buy winter clothes and dorm necessities.

Yale already has shown it will support her, she said. She got emails and calls from students and personalized letters that showed the university understood her situation as a first-generation, undocumented student.

Undocumented students face more barriers to college access than peers who qualify for the Deferred Action for Childhood Arrivals program, a temporary fix that allowed some undocumented youth protection from deportation.

Undocumented students "are graduating every year from high school without access to DACA protections, harming their work prospects and limiting their postsecondary education opportunities," the institute said in its report.

Of course, Soto is excited to go to Yale. There’s no doubt it’s a great opportunity for her. But most of her friends are staying in Arizona. She’ll be leaving her family for the first time.

“At the end of the day, I am grateful for the opportunity to challenge myself. But I have to say, it was a disappointment I had to grow past. … My choices that were so close to home were not very feasible,” she said.

Because of her immigration status, she would have to pay out-of-state tuition rates at public institutions in Arizona. She can’t access federal student aid programs like Pell grants or federal loans.

Soto isn't the only one having trouble accessing affordable post-secondary education as an undocumented immigrant. Soon even some documented immigrants can face trouble, as the Trump administration halted new applicants to DACA in 2017, those applicants will not have access to the tuition help others have received from the program.

Now, while the Trump administration's decision is embroiled in court battles, DACA renewals are still being processed, but new applicants cannot apply.