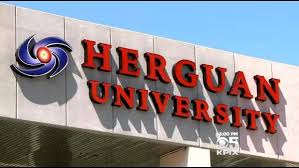 The CEO of Herguan University in Sunnyvale, CA, Jerry Wang, is facing a one year prison sentence after being found guilty of submitting false immigration documents to the Department of Homeland Security.  Mr. Wang was indicted for illegally bringing students to Herguan without valid visas.

The San Jose Mercury News ran an investigation that discovered Herguan University had lied on federal applications to help foreign students that were in search of a U.S. student visa.

U.S. Attorney Brian Stretch said about the crimes, "Jerry Yang has admitted submitting over 100 fraudulent documents to the government in an effort to circumvent the rules applying to international students.  In doing so, he has imperiled the programs that allow international students to visit the United States in order to engage in valuable educational exchanges."

Last year, a federal jury found Susan Su, founder of the former Tri-Valley University in Pleasanton, CA, guilty of similar crimes.  Su was found to have committed visa fraud, money laundering, and many other documents.  The school was found to be more of a place for harboring foreign nationals that were willing to pay for falsified documents, than a university.

Ryan Spradlin, a San Francisco special agent with the DOJ said, "International students represent an invaluable asset to our nation."  He went on to say, “[The U.S. Justice Department] will aggressively target those who commit student visa fraud out of greed and self-interest.  Their actions undermine the integrity of this country’s immigration laws.”

According to Herguan’s website, the school is open and still offering its usual weekend classes and master’s programs.