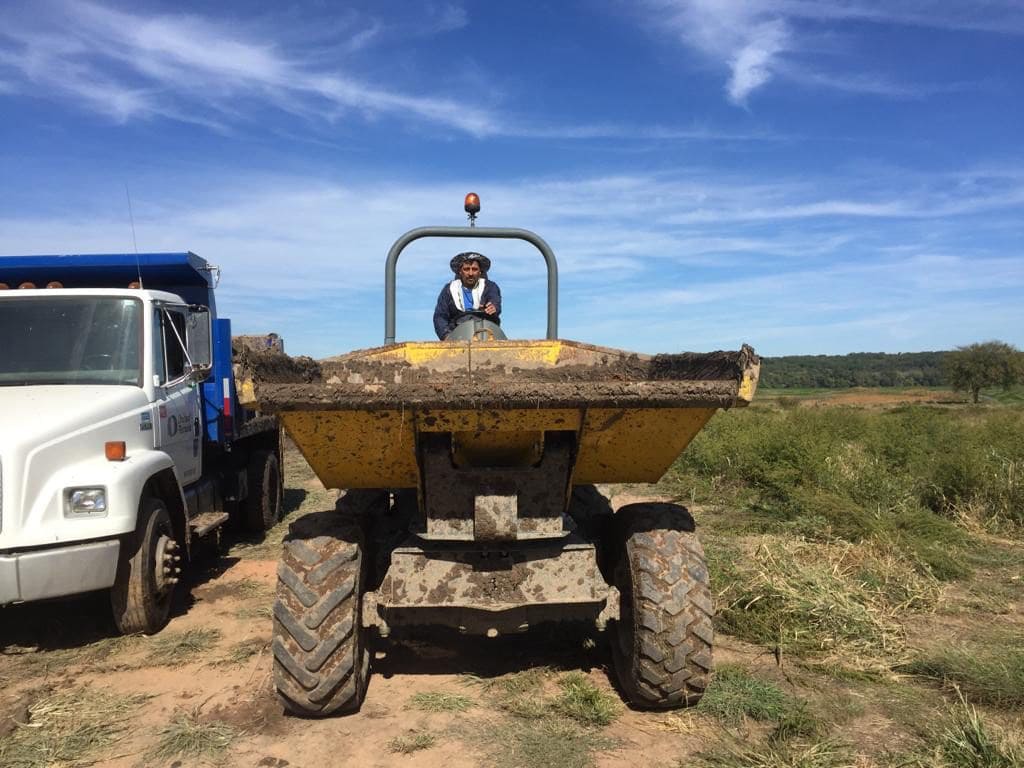 For nearly two decades, the Trump Organization has relied on a roving crew of Latin American employees to build fountains and waterfalls, sidewalks and rock walls at the company’s winery and its golf courses from New York to Florida.

Other employees at Trump clubs were so impressed by the laborers — who did strenuous work with heavy stone — that they nicknamed them “Los Picapiedras,” Spanish for “the Flintstones.”

For years, their ranks have included workers who entered the United States illegally, according to two former members of the crew. Another employee, still with the company, said that remains true today.

President Trump “doesn’t want undocumented people in the country,” said one worker, Jorge Castro, a 55-year-old immigrant from Ecuador without legal status who left the company in April after nine years. “But at his properties, he still has them.”

Castro said he worked on seven Trump properties, most recently Trump’s golf club in Northern Virginia. He provided The Washington Post with several years of his pay stubs from Trump’s construction company, Mobile Payroll Construction LLC, as well as photos of him and his colleagues on Trump courses and text messages he exchanged with his boss, including one in January dispatching him to “Bedminster,” Trump’s New Jersey golf course.

Another immigrant who worked for the Trump construction crew, Edmundo Morocho, said he was told by a Trump supervisor to buy fake identity documents on a New York street corner. He said he once hid in the woods of a Trump golf course to avoid being seen by visiting labor union officials.

The hiring practices of the little-known Trump business unit are the latest example of the chasm between the president’s derisive rhetoric about immigrants and his company’s long-standing reliance on workers who cross the border illegally.

And it raises questions about how fully the Trump Organization has followed through on its pledge to more carefully scrutinize the legal status of its workers — even as the Trump administration launched a massive raid of undocumented immigrants, arresting about 680 people in Mississippi this week.

In January, Eric Trump, one of the president’s sons and a top Trump Organization executive, told The Post that the company was “making a broad effort to identify any employee who has given false and fraudulent documents to unlawfully gain employment,” saying any such individuals would be immediately fired.

He also said the company was instituting E-Verify, a voluntary federal program that allows employers to check the immigration status of new hires, “on all of our properties as soon as possible.” And the company began auditing the legal status of its existing employees at its golf courses, firing at least 18.

But nothing changed on the Trump construction crew, according to current and former employees.

A spokeswoman for the Trump Organization said Mobile Payroll Construction is enrolled in E-Verify for any new hires. The company is still not listed in the public E-Verify database, which was last updated July 1.

The company did not directly respond to requests for comment about the legal status of the Mobile Construction workers, but said in a statement that “since this issue was first brought to our attention, we have taken diligent steps, including the use of E-Verify at all of our properties and companies.”

“Those efforts continue and where an employee is found to have provided fake or fraudulent documentation to unlawfully gain employment, that individual will be terminated. Fortunately, among the thousands of individuals employed by our organization, we have encountered very few instances where this has occurred,” the statement said.

The president, who still owns the Trump Organization but has turned over day-to-day operations to his eldest sons, said last month that he does not know if it employs workers who entered the country illegally.

“Well, that I don’t know. Because I don’t run it,” Trump told reporters. “But I would say this: Probably every club in the United States has that, because it seems to me, from what I understand, a way that people did business.”

Since January, The Post has interviewed 43 immigrants without legal status who were employed at Trump properties. They include waiters, maids and greenskeepers, as well as a caretaker at a personal hunting lodge that his two adult sons own in Upstate New York.