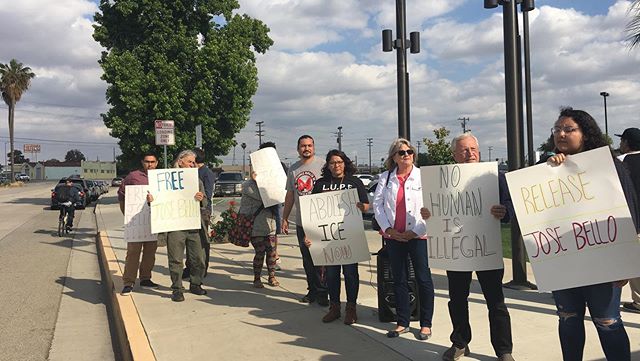 ICE recently arrested student and activist Jose Bello less than 36 hours after he publicly recited a poem criticizing the immigration system. Many believe that his arrest is cause for serious concern for all of those who support freedom of expression and First Amendments rights.

On May 15, Bello, 22, was arrested by Immigration and Customs Enforcement (ICE) officials at his home in Bakersfield, CA, and placed in detention at the Mesa Verde Detention Center. Two days earlier, Bello read his poem “Dear America,” which critiques U.S. immigration practices, before the Kern County Board of Supervisors.

Bello was previously arrested by ICE in May 2018 but was released on bond in August 2018. Since then, he has spoken at several high-profile anti-ICE advocacy events. The ACLU of Southern California has brought a First Amendment claim on Bello’s behalf, noting that Bello’s arrest mere hours after his poetry reading “strongly indicates” that ICE acted in retaliation against him for his speech expressing views against the agency’s actions.

Within their filing, the ACLU notes that ICE officers allegedly said to Bello upon his arrest: “We know who you are and what you’re all about.”

“We are deeply concerned by these events, which raise the question as to whether Bello was targeted by ICE for his criticism of the agency,” said Nora Benavidez, PEN America’s Director of U.S. Free Expression Programs.

Benavidez continued, “We are evaluating this case against the backdrop other serious allegations that ICE and other government agencies have deliberately targeted immigration activists and other critics for their speech. From activist Ravi Ragbir in New York to journalist Manuel Duran Ortega in Nashville, and members of an advocacy group in Vermont, it appears we’re seeing a targeted attempt to silence those who speak critically of immigration policy. ICE’s obligations as a government agency include respect for and adherence to the First Amendment, but actions like these call into question the agency’s commitment to the Constitutional right to free speech.”

PEN America has previously expressed its concern about the erosion of free speech through ICE’s targeted enforcement actions, including by joining a series of amicus briefs on behalf of detained Tennessee journalist Manuel Duran Ortega, who was arrested in April 2018 while reporting on a protest and who remains in the midst of deportation proceedings.

In October, PEN America submitted a petition to ICE, signed by over 80,000 people, calling for Duran Ortega to be released from detention.