Mai Nhu Nguyen, an eight year official with U.S. Citizenship and Immigration Services in Santa Ana, California, pleaded guilty to receiving bribes as a public official over a two year period.  Nguyen received $1,000 for approving an application for permanent resident status.  In another case, she required an applicant to purchase several hundred egg rolls for a party that Ms. Nguyen was throwing.

As an immigration officer, Nguyen had the power to approve or deny applications for immigration benefits that were submitted by immigrants.

The plot unraveled when federal officials surveilled a $2,200 cash bribe that the official had arranged with another applicant. 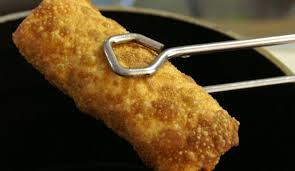