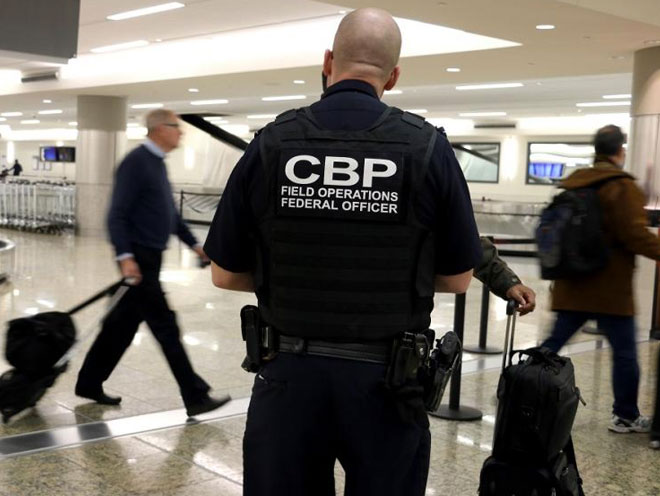 Last week, after a year of getting graduate school applications and travel documents in order, Nima Abdollahpour prepared to travel from Iran to California to begin a Ph.D. program at UC Davis. On Sept. 9, Abdollahpour flew from Tehran to Istanbul. Three days later, he went to the airport to take a direct flight to San Francisco, a flight he was never allowed to board.

When Abdollahpour presented his passport and his F-1 student visa at the Turkish Airlines check-in counter, the airline officer asked him to wait. The officer then took out a piece of paper that Abdollahpour was able to see at one point. “It is recommended that Nima Abdollahpour does not board this flight,” Abdollahpour says the paper read. After consulting with someone, the officer told Abdollahpour he would not be allowed to fly.

Abdollahpour is not the only Iranian student who was barred this month from flying to the United States. He says he is in touch with 17 other students who were prevented from boarding flights out of Doha, Tehran, Isfahan and Mashhad on their way to the U.S. The students, many of whom studied together at the Sharif University of Technology in Tehran, have shared information with each other as they search for answers from the U.S. government.

The Trump administration’s travel ban, which bars Iranians and nationals of six other countries from traveling to the U.S., does not apply to Iranian students, an exception that helped the ban get through the U.S. Supreme Court. Abdollahpour and the other students were all traveling with valid student visas issued by the U.S. State Department. The first of them was prevented from flying on Sept. 3 or 4, Abdollahpour says.

Officials at the University of California and the National Iranian American Council independently confirmed that, beginning in early September, the Trump administration has prevented Iranian students admitted to American universities from traveling to the United States.

“Roughly a dozen grad students from Iran with valid visas from the U.S. State Department have been denied entry onto flights bound for the United States,” an official at the UC Office of the President said, referring only to those admitted to UC campuses.

On Friday, the NIAC issued a statement saying it is “deeply concerned by reports that a large number of Iranian students with visas were barred from boarding their flights at the last minute by the Trump administration.”

The NIAC has worked directly with students, provided a confidential online form for them to report their circumstances, and coordinated with universities. “This is a widespread thing,” NIAC Policy Director Ryan Costello says. While NIAC is aware of 16 students who were denied entry, Costello estimates that “dozens of Iranian students” admitted to universities across the U.S. have been stopped at airports this month.

While some newly admitted Iranian students have successfully arrived at U.S. campuses this month — one at UCD, another at UC Santa Cruz — NIAC says the rate of denial is high enough to effectively constitute a travel ban. “There seems to be a change in policy that imposes a second level of the Muslim ban on students from Iran who have been accepted to study in the United States,” Costello says. “It hasn’t been every student, but it does seem like a large chunk of this new class of Iranian students has been blocked.”

For Abdollahpour, the last-minute rejection has come as a blow just when he thought he had reached the end of a long, complicated and costly process. Because there is no U.S. Embassy in Iran, students living in Iran must travel abroad to interview for their visas, most often to Turkey, Armenia or the United Arab Emirates, which host the only U.S. embassies with officials who speak Farsi.

In May, Abdollahpour travelled to the U.S. Embassy in Turkey to interview for his visa, flying first to Istanbul and then taking a seven-hour bus ride to Ankara. There was no guarantee his visa would be approved. Since the travel ban was implemented, Iranian students have been subject to rigorous screening and vetting that has lengthened processing times and diminished the chances of approval.

On July 9, Abdollahpour received an email from the State Department notifying him that his visa was approved. He paid an Iranian courier service to retrieve his passport from the embassy in Ankara and began making arrangements for his move to Davis.

On Sept. 6, three days before his flight from Tehran to Istanbul, Abdollahpour heard that a few students had just been prevented from boarding their flights to the U.S., though they were not told why they were not allowed to fly. One student, flying out of Doha, said he was shown an email sent from U.S. Customs and Border Protection to Qatar Airlines.

Another of the students who was turned away decided to check his visa status in the online system and noticed his case had been updated several weeks after his visa was issued, which he thought was unusual. He told the other students, who also found that their cases were updated long after the visas were issued. When Abdollahpour heard this, he logged into the system and saw, while his visa was issued in July, the last update to his case was made on August 30. However, as far as he could see, there was no new information or any change in his visa status.

Slightly worried, Abdollahpour contacted UC Davis. The university’s Office of Global Affairs told him they would do their best to address the issue and Abdollahpour left for Istanbul to catch his flight to San Francisco. “I said goodbye to all of my family,” he says. “I gathered all my stuff and packed my bags.”

The National Iranian American Council and the University of California, who have coordinated with each other as well as reached out to the State Department, Homeland Security and the White House, say they are no closer than the students to getting an explanation from the government. Neither the White House nor the Department of Homeland Security could be reached by the Enterprise for comment.

“The way this administration has handled it couldn’t have been more disruptive to these students,” Costello says. “They’re totally in limbo now with no information on who they should contact.”

Many of the students have traveled in recent days to seek answers at U.S. embassies in Turkey and Armenia. Several students denied entry onto flights out of Doha returned to Tehran before traveling again to Armenia for embassy appointments. After he was prevented from boarding his Turkish Airlines flight, Abdollahpour rented a room in Istanbul and scheduled the first available appointment at the U.S. Embassy in Ankara.

At his appointment on Tuesday, a consular office told Abdollahpour his student visa has been revoked. The officer did not give any explanation. Abdollahpour says the other students — 10 of them, he thinks — who have been able to schedule embassy appointments were all told the same thing.

In the past, some Iranian students have been barred from coming to the U.S. due to a U.S. law that mandates that the State Department deny visa applications of students who are likely to pursue a career in Iran’s petroleum or natural gas sectors or its nuclear program.

NIAC says the students would not have been granted visas in the first place if they were going to be denied on those grounds. Furthermore, the Iranian student who arrived successfully at UC Davis this month was coming to study in the Electrical and Computer Engineering Department, the same as Abdollahpour. “It’s very strange that these students would be turned away at airports instead of denied a visa if they were any security risk,” Costello says.

NIAC is looking into whether the students were turned away as a result of the Trump administration’s new policy of scrutinizing the social media accounts of foreign nationals traveling to the U.S.

In August, Ismail B. Ajjawi, a Palestinian student from Lebanon admitted to Harvard, was denied entry to the U.S. upon arrival at Logan International Airport in Boston. Ajjawi said Customs and Border Protection agents questioned him about posts made by friends in his social media networks. CBP then refused Ajjawi entry to the U.S. and sent him back to Lebanon.

The same month, nine Chinese students admitted to Arizona State University were detained at Los Angeles International Airport and sent back to China. CBP said it had found the students inadmissible based on information discovered during an inspection that involved a search of the students’ electronic devices.

Abdollahpour does not think he and the other students were all denied because of social media posts. “Undoubtedly, this was not the reason,” he says. The first time any U.S. agency asked for his social media ID’s, he says, was when he scheduled his appointment at the embassy a few days ago, after already having been denied entry onto his flight. Abdollahpour says he has friends who traveled to the U.S. to start school in August without any problems.

“I am so confused,” Abdollahpour says. “I do not know what to do.” He has gone to great lengths to find answers but has not found any. The cost of his efforts is also weighing on him. Iran’s currency, the rial, is only worth a quarter of what it was worth last year before President Trump restored sanctions on Iran. Abdollahpour says the price of the plane ticket he forfeited is now equal to four months of his father’s income. “We are financially tight,” Abdollahpour says.

Abdollahpour spoke to The Enterprise on Tuesday night just before embarking on the seven-hour bus ride from Ankara back to Istanbul. On Wednesday he will fly back to Tehran. Then he will take a five-hour bus ride to Qaemshahr, the small city in northern Iran where his parents live.

As Abdollahpour and others wait for answers, their graduate programs are starting without them. UC Davis graduate student orientation took place Monday, while welcome events for international students are going on throughout this week. Classes begin Sept. 25.

“I’m really, really sad,” Abdollahpour says. “I had a lot of dreams about my academic future.” For now, he says he is setting his sights on starting next quarter at UC Davis. He also says that he and many of the other students had declined offers from graduate programs in other countries in favor of studying in the U.S. “All of us studied very hard so we can study at these universities,” Abdollahpour says.

He and the 17 other students were admitted to graduate programs at UC campuses, including Davis, Riverside, Irvine, Santa Cruz and San Diego, as well as at the University of Oregon, Stanford and Northwestern. Abdollahpour says one student was told by a Qatar Airlines officer there were two other Iranian students on his flight — not among the 18 in touch with each other — who were also turned away.

UC officials say they are still waiting for an explanation from the U.S. government. In its statement released Friday, NIAC called on the Trump administration “to provide a full and transparent accounting of what is behind these recent actions and whether a new policy has been put in place.”

The first congressional hearing on the Trump administration’s travel ban will be held Tuesday, Sept. 24, by the House Immigration and Citizenship and the Foreign Affairs oversight subcommittees.