Spread the love
Picture this.
You came to this country from the Philippines many years ago after marrying the man of your dreams.  You applied for and obtained a green card.  You followed all of the rules and eventually applied for citizenship.
You are pregnant and excited about finally achieving the American Dream.  As long as you pass the test, you will become a citizen soon.
But when you attend the citizenship interview, you are asked if you ever registered to vote.  You are also asked if you ever voted.  You swore to tell the truth so you answer yes.
You answer yes because several years earlier, when you went to get your driver's license, the examiner told you that the time to register to vote is when you get your driver's license.  She handed you a form which you signed.  You then got a voter registration card and voted.
You did what you thought you were supposed to do. 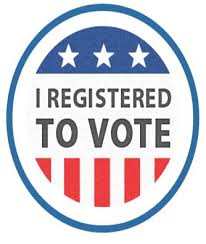 However, when you tell the immigration officer that you voted, the officer begins laughing at you. He tells you that you cannot become a citizen because you registered to vote and because you voted. Not only that, he is also going to revoke your green card and put you in deportation proceedings.

And that is just what happened to Elizabeth Keathley, a young lady in Bloomington, Illinois according to the Chicago Tribune.

In August 2007, Homeland Security issued a Notice to Appear, requiring Keathley to appear before an immigration judge. DHS claimed that she was deportable for falsely claiming to be a U.S. citizen.

In 2008, the immigration judge rejected the false representation claim but denied her lawful permanent residence because she had violated federal law by voting. The judge gave her a date certain to leave the U.S.

She appealed and this week the Seventh Circuit Court of Appeals ruled in her favor. The court concluded that Keathley did not intentionally violate the law n she registered to vote in 2006 through the Illinois motor voter law.

Disaster was averted in this case. But this poor lady lived under threat of deportation for many years. False claims to citizenship are a very serious matter, as this case illustrates.

If you have ever indicated that you were a U.S. citizen - either when getting a driver's license or applying for a job - and you are not a U.S. citizen, it is a very serious matter. You need to consult with an immigration attorney to discuss your exposure to significant punishment.