The keynote speaker at the conference was Mr. Marcus Lemonis.

For those of you who don't know Marcus, he is the host of a popular television show on CNBC called, The Profit.

Lemonis is worth millions of dollars, having made his money in the automobile and recreational vehicle (RV) business.

Each week on The Profit, Marcus visits companies around the country to see whether he might invest in them.  Many of these companies are struggling.

Once he invests, he has total control of the company's operations.

Jim, Amany and their children love to watch The Profit. It is one of their favorite family shows.

You may enjoy it too.

But did you know that Marcus Lemonis is also an immigrant.

His parents adopted him from an orphanage in Lebanon when he was 9 months old.

During his speech in Arizona, Lemonis talked about how hard a time he had fitting in while growing up in America.  He often felt invisible and like an outsider. 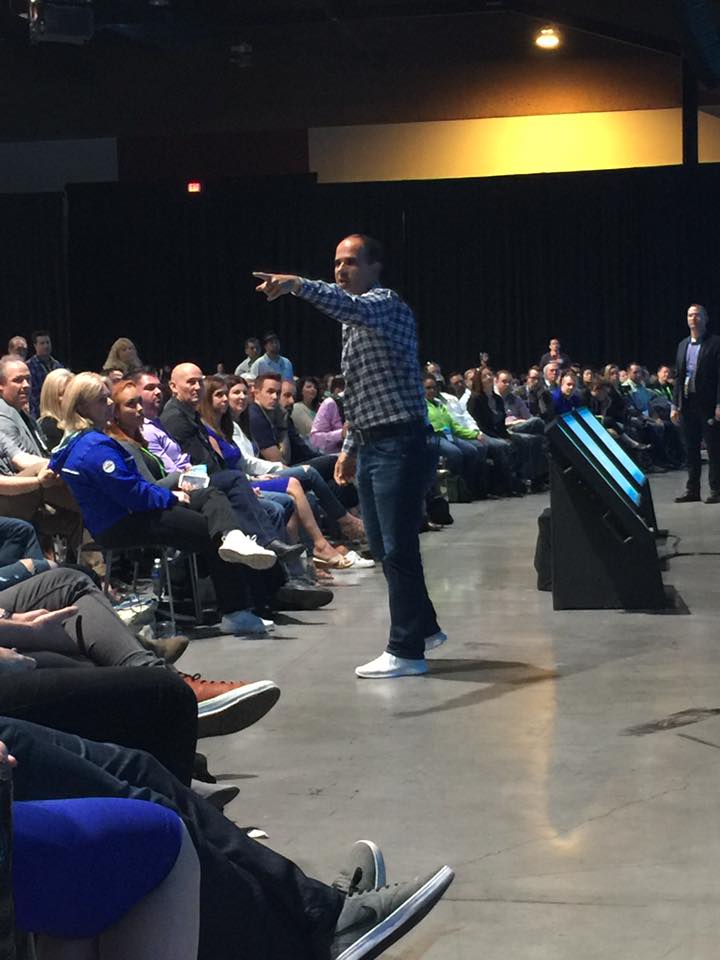 Instead of talking from a podium up on a stage, Marcus began his presentation by talking from an "invisible" position out in the crowd.  He then made his way to the floor, where he shared some very personal stories.

He talked about suffering from bulimia.  He discussed several other difficult childhood traumas.

Marcus talked about how it is easy to hide in business - to throw yourself completely into the work so as to avoid the human interaction.

A connection based on vulnerability.

Then, incredibly, other people in the audience shared shameful or sad stories from their own past.

It was a very moving presentation.

Jim tweeted about how amazing the presentation was.  Unbelievably, Marcus Lemonis then started following Jim on Twitter.  A real connection!

Overall, the trip was great.  Jim learned a lot about trying to improve our firm's systems so that we can deliver the highest quality legal representation to each and every client.

Here's hoping you had a great week too.