New report asks "What Does Immigration Actually Cost Us?"

As one of the hottest topics in the upcoming election, immigration policy has been receiving an increasing amount of attention by voters, politicians, and scholars alike. If you were to ask ten different people the effects of immigrants on American society, you would more likely than not receive ten different answers from ten confident people.

With this in mind, how are we to know what immigration actually costs us as Americans? To help with this answer, the National Academy of Sciences issued a 509 page report titled “The Economic and Fiscal Consequences of Immigration (and appearing in the New York Times) ” While the report is incredibly detailed and informative, it is multifaceted enough to allow competing interpretations. These competing and drastically different interpretations come from the left, with liberal advocacy groups like America’s Voice, as well as from the right, with conservative groups like the Center for Immigration Studies.

At this period in history, the report issued by the academy is especially important as the November election approaches and the public continues to be fed radically different views from politicians. After the ideas highlighted by the report are properly understood, it will then be time to apply that information to the views of the candidates. Let me first save you the time of reading a 509 page report full of large scholarly words by summarizing the pros and cons of immigration as highlighted in the academy’s report. Following that, we will review the two candidates aspirations for immigration.

First, Pia Orrenius, VP of the Dallas Federal Reserve Bank and member of the academy, says that immigration fuels the economy because of the obvious notion that increased labor equates to increased productivity. Not so obvious though is the fact that the increased inflow of labor that immigration brings targets industries and areas where there is a relative need for workers and where shortages would damper economic development. In addition to this, the inflow of labor that immigration brings compensates for a problem that every other economy in the world is facing: unfavorable changes in demographics. These unfavorable changes include an aging workforce in almost every developed economy as well as a reduction in consumption by these older residents; young hardworking immigrants make up for these.

Furthermore, the willingness of less-skilled immigrants to work for lower pay, which is a common criticism of immigrants by the right wing, actually reduces consumption costs for millions of Americans. If a company is paying less to staff its business, it is more likely to decrease prices.

Pia Orrenius also conceded though and recognized the costs of immigration. She said in the report that immigration does lower the wages of competing workers; however, it raises the wages of complimentary workers, which would be workers in fields that are accelerated by higher immigration populations, rather than fields competitive between immigrants and native citizens. For this reason, the overall surplus that higher immigration populations bring is not equally split among everyone, it is primarily for the owners of capital and complimentary workers.

An important note made by VP of the Dallas Federal Reserve, Pia Orrenius, was that the adverse wage effects of immigration are only felt in the transition period as the economy adjusts. Furthermore, those effects are more concentrated on previous immigrants in low skilled jobs rather than native citizens.

One of the largest focuses of immigration based economics is on remittances, which are transfers of money from an immigrant in the United States back to his or her family or friends in his or her home country. Conservative organizations like Limits to Growth claim that these substantially decrease consumption and therefore drain the economy. The academy on the other hand says that there is are only small adverse economic consequences and that they actually speed up global growth and reduce cross-country inequality.

With the information from the report in mind, we can now examine the two opposing stances encountered in this presidential election. Hillary Clinton, Democratic nominee, promotes a comprehensive immigration reform that she believes is not only the right moral thing to do, but also something that will strengthen our economy and country as a whole. Policies that include a path to legal status and citizenship for undocumented immigrants is crucial to winning the hispanic vote, so it is no surprise that Clinton has clinched the majority of latino voters. In fact, democratic support for immigrants and those who say they “strengthen the country through hard work” has risen to 78%.

Donald Trump, the Republican nominee, on the other hand is against any path to citizenship for undocumented immigrants, saying they need to “go home and get in line,” in his book Crippled America: How to Make America Great Again. He claims that immigration benefits corporations and the wealthy rather than the working people. Trump’s supporters are 87% white and relatively hostile towards immigrants; majority of them say immigrants are “a very big problem” and that “immigrants take jobs from Americans.”

Clearly, there is not a concrete definitive answer for the economic effects of immigration. We can gather reliable information from reports like “The Economic and Fiscal Consequences of Immigration,” but these reports really demonstrate anything, it's that immigration is not a clear-cut issue with a right or wrong answer; there are costs and benefits. As citizens of this country it is our responsibility to educate ourselves and take civil steps to express our opinions and push for change. 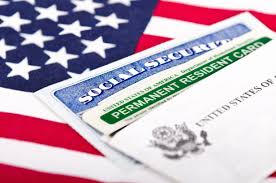