USCIS announced on Feb. 24, 2015 that the final rule allowing spouses of some H1-B visa holders to obtain work authorization was approved.  The rule goes into effect on May 26, 2015.

USCIS estimates the number of individuals eligible to apply for employment authorization under the new rule could be as high as 179,600 in the first year and 55,000 annually in subsequent years.

USCIS will begin accepting these H-4 EAD applications on May 26, 2015. 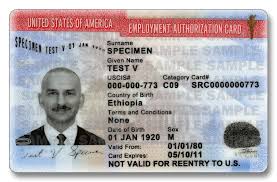