British rapper Slick Rick became a  U.S. citizen last week after a decades long battle with the immigration service over his possible deportation.

Slick Rick, whose real name is Ricky Walters, became famous for his work with fellow old-school rapper Doug E. Fresh and for his multi-colored eye patches.

INS and then USCIS tried to kick Slick Rick out of the country several times after he pleaded guilty to two counts of attempted murder in 1991 and spent five years in prison.

“I am so proud of this moment — and so honored to finally become an American citizen,” Rick said Friday in a statement.

In the 1990 incident, Slick Rick fired a gun several times, although he claimed it was self defense. He claimed that a cousin who ended up injured in the gun battle had threatened Slick Rick and his mom on a prior occasion.

With the violent felony conviction, he faced deportation back to Great Briatin. He fought the deportation for many years.

On one occasions, Walters was arrested in Florida while trying to return from a Caribbean concert cruise with singer Erykah Badu.

It was less than a year after 9/11, and the Immigration and Naturalization Service was operating in an era of heightened security.

Def Jam founder Russell Simmons , along with Actors Will Smith and Chris Rock, tried to help and encouraged fans to push for his eventual release.

“This has been a long time coming for me, and I am relieved to finally put this long chapter behind me,” Walters said after he was sworn-in Friday in an official ceremony alongside dozens of other new citizens in New York.

“I want to thank everyone — my family, friends and fans — who have supported me and stuck by me over these 23 years. I am truly blessed, and stay tuned, I will have more to announce soon.”

He later posted a picture to Instagram of an American flag-themed eye patch with the caption, “#SlickRickVictory.” 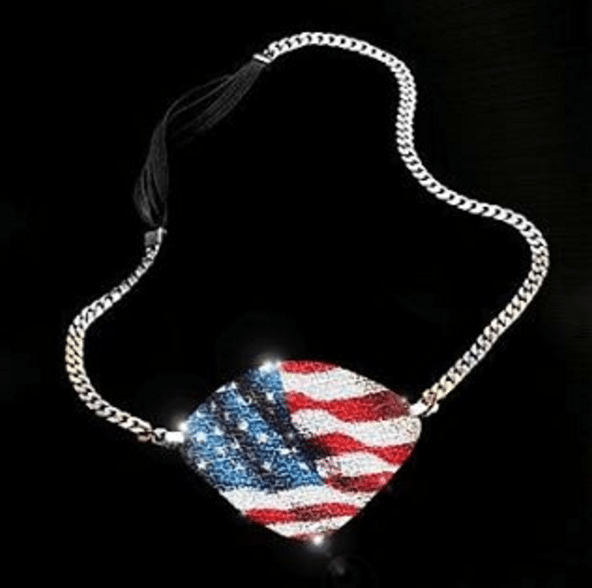