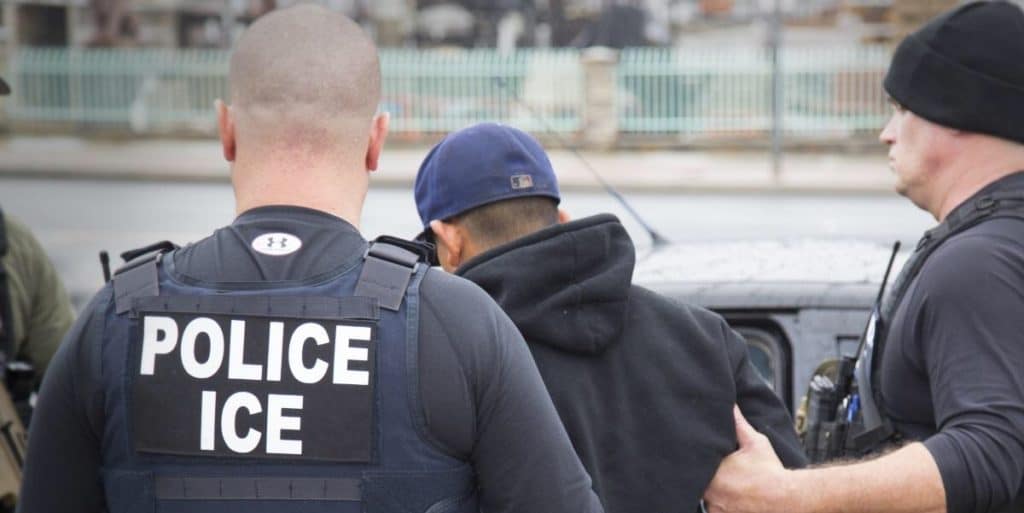 Francisco Rodriguez-Guardado, a Salvadoran janitor at MIT, was taken into custody by federal immigration officials for deportation a few days before his first son was born.  "They tell me he has my eyes," Rodriguez-Guardado says.

Supporters of Rodriguez Guardado include U.S. Senators Elizabeth Warren and Ed Markey of Massachusetts, faculty at MIT, and his labor union. The ACLU has filed briefs in support of Rodriguez-Guardado. He does not have a criminal record, volunteers at his church, and runs his own carpet cleaning business.

Arrests of non-criminal undocumented immigrants has increased 145 percent from the first half of last year.

Rodriguez-Guardado entered the U.S. undocumented in 2006, fleeing El Salvador after a work colleague had been murdered by a gang member.  Rodriguez-Guardado was a technician at an engineering firm and owned a car wash in San Salvador.

In 2009, Rodriguez-Guardado was denied asylum in 2009 and had an appeal rejected in 2011.  He was ordered in June by ICE officials to make travel arrangements back to El Salvador.

On July 13, he was arrested because, according to ICE spokesman Shawn Neudauer, the plane ticket he booked was not "timely.  Rodriguez-Guardado had booked the plane ticket for after his son's expected birth date.

Rodriguez-Guardado has credited his Christian faith with preparing him to accept what comes next.  He is in an inmate prayer group and frequently reads his Bible.  "We follow what God wants for us," he says.  "If they want us to move from here, it's because there is something better for us someplace else."

If Rodriguez-Guardado is not allowed to stay in the United States, he is considering trying to move to Canada or Costa Rica rather than going back to El Salvador.  He says, "Believe me...if El Salvador was a safe and peaceful country, I would have never thought of coming here."