ICE estimates that the school has 240 foreign students, 180 of them from India.

Herguan University is a for-profit university. 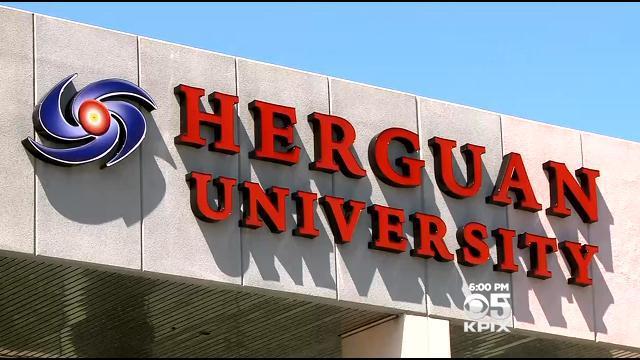 Last year, former Herguan University Chief Executive Officer pleaded guilty to filing false immigration documents with the Department of Homeland Security.  He served time in a California prison after pleading guilty to submitting more than 100 false documents to DHS while enrolling international students.  He also paid a fine of $700,000.

Students enrolled at Herguan have until January 11, 2017 to either leave the U.S. or transfer to another college or university.  If one of those actions are not completed in that time period, the students' records will be terminated in the Student and Exchange Visitor Information System and they will be considered out of status.

Students who have not yet entered the U.S. will not be admitted into the U.S. with the Herguan-issued Form I-20.

ICE is requiring Herguan to notify each of their active and inactive students of the school's loss of the ability to issue Form I-20s.

In March of 2014, a federal jury convicted the head of another for-profit California university - Tri-Valley - on charges of visa fraud, money laundering and harboring an alien.  Susan Su allegedly charged foreign nationals millions of dollars in exchange for false documents that would allow the students to stay and work in the United States.

With this university being located in Silicon Valley, we suspect that the university was really a front to provide IT workers to tech companies in the Bay Area.  With the high demand for talent and the limited number of legal options - namely, our nation's broken H-1B visa program - it appears that some of the students at Herguan were probably working through the Curricular Practical Training program.  It seems likely that the students were not fulfilling all of their educational requirements associated with their F1 student visas.

Students who have questions regarding Herguan University are advised to contact an immigration lawyer and/or the SEVP Response Center (SRC) at 703–603–3400.