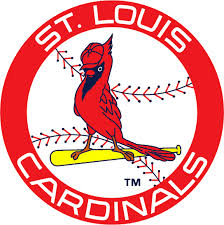 The St. Louis Post-Dispatch is reporting that the beloved St. Louis Cardinals are expanding their international scouting and recruiting efforts to include Cuba and Asia.  The Cardinals have retooled their personnel office and are working on plans for evaluating and signing foreign born talent.

The piece discusses the Cardinals' displeasure with the process of signing players from Japan, especially the previous system of blind "posting" for a player whereby Major League Baseball teams had to pay a fee simply for the right to bid on an elite player from Japan.

With the success that the Cardinals have experienced since opening a training facility in the Dominican Republic (the home of top prospects Oscar Taveras and Carlos Martinez), looking for talent around the globe seems to make good sense.  The Cardinals appear to still be feeling their way through the expansion and have not yet committed to definite plans.

This year's World Series team had just a few international players.  But in the years to come, the Cardinals are expected to field a heavy dose of foreign born players.

Baseball players who come from overseas typically do so on a P-1 athlete visa.  To qualify for a P-1 visa, an athlete must show that he has been "internationally recognized" and is coming to the U.S. to participate in a league with a distinguished reputation, i.e., the MLB.

Carlos Martinez missed all of the 2013 spring training with the Cardinals because he had not received his work visa on time.  The visa difficulty apparantly stemmed from a name change in 2009 from Carlos Matias to Carlos Martinez.