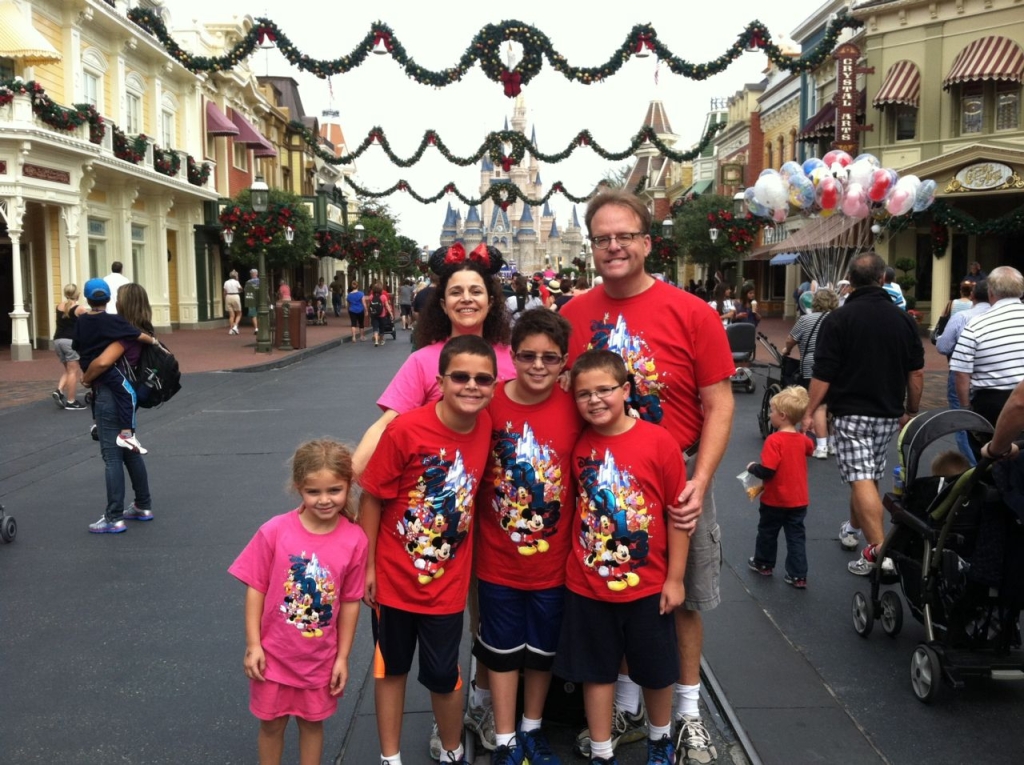 We just got back from a whirlwind tour of the Walt Disney World Resort in Orlando, Florida.  The kids had a blast.  Amany and I had fun but could definitley use a "vacation from our vacation."  The boys loved Disney Hollywood Studios and Magic Kingdom.  Four and a half year old Noor went on every ride for people taller than 44 inches, including the Tower of Terror twice.  The one thing that did scare her was lunch in Cindarella's Castle.  She almost backed out at the last minute!  We took the safari in Animal Kingdom and walked all over the Earth in Epcot.  It was a trip of a lifetime!

If you have not been to Epcot, it is a unique experience.  While it has several fun rides for the kids, the centerpiece of Epcot is the World Showcase.  In the far end of the park, surrounded by a beautiful lake, stands Disney's tribute to countries around the world.  As you make your way through the World Showcase, you visit lands from across the globe: Mexico, Norway, China, Germany, Italy, the United States, Japan, Morocco, France, United Kingdom and Canada.

And this is where the immigration attorney inside me became curious.  The people working at each of these country stops had nametags that displayed not only their name, but their hometowns as well.  I was struck by how everyone working in Morocco was from Morocco and all of the workers in Germany hailed from the Rheinland.  I decided to research the immigration aspects of Disney upon my return to St. Louis.

Whistle While You Work

Before beginning my research, I figured that most of the foreign workers at Disney came on a J-1 cultural exchange visa.  I was incorrect in my assumption.  It turns out that back in the early 1980s, when Disney began development of Epcot, executives worried that Disney would be unable to obtain the requisite number of J-1 exchange student visas to staff the park.  Disney retained world famous immigration attorney Ira Kurzban to help draft a special visa for Disney.  Thus, a brand new visa - the Q visa - was born and it is actually referred to as the Disney visa.

According to law professor Kit Johnson, the Q visa differs from the J visa in several important respects.  First, the Q visa is a work based visa as opposed to a study based visa.  Second, the employer must show that the exchange program has a cultural component that is an essential and integral part of the employment or training."  The program must also be accessible to the American public and has to allow the alien to share their home culture.  A Q visa last for 15 months, but someone can obtain multiple Q visas if they return home for 1 year in between each visa.  Last, but perhaps most importantly, Congress placed no limits on the number of Q visas which is unprecedented in the employment immigration context.

It is estimated that Disney has nearly 2,000 workers at the parks under the Q visa.  We will leave it to our readers to determine for themselves as to whether Disney is exploiting these young people for corporate gain.  But keep this in mind, as of 2009, Disney's yearly revenues topped $36 billion, with 30% of those revenues coming from the theme parks.