Gabriela Rosa, a native of the Domincan Republic, pleaded guilty to paying an American citizen $8,000 in order to enter into a fake marriage and to obtain a green card based on that marriage.  Ms. Rosa is a former New York State assemblywoman for upper Manhattan and was sentenced to one year and a day in federal prison.

The marriage occurred 20 years ago.  According to the U.S. Attorney's office, who prosecuted the crime, Rosa paid a U.S. citizen $8,000 to enter into a sham marriage while she maintained a relationship with another person who had been convicted of federal narcotics trafficking charge and who later became her second spouse.  From the press release:

USCIS takes marriage fraud very seriously.  If you are thinking of entering into a sham marriage, you should not do it.  You will very likely get caught and prosecuted.  Undoubtedly, Ms. Rosa will be deported when her federal sentence is completed.  If you have questions about your case or are concerned that CIS believes your case is fraudulent, please give us a call at (314) 961-8200. 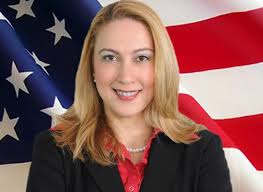