What is "internal relocation" and how does it affect an asylum claim?

When someone files an asylum claim in the U.S., they must show that they have a well-founded fear of future persecution if they return to their home country.  If the asylum applicant succeeds in showing this, the Department of Homeland Security has the opportunity to defeat the asylum claim be establishing that the applicant could avoid future persecution by relocating to another part of the applicant's country of nationality and that, under all of the circumstances, it would be reasonable to expect the applicant to do so.

So, as an example, let's say that Ahmed the Asylum Applicant is from Iraq.  Ahmed seeks asylum in immigration court due to a credible fear that he will be persecuted by Shia militias in Iraq due to his Sunni Muslim religious beliefs.  Ahmed grew up in the southern portion of Iraq in Basra, a region of Iraq under the firm control of Shia Muslims.

Assuming the immigration judge concludes that Ahmed has a credible fear of future persecution, DHS can still attack that finding by establishing that Ahmed could go back to Iraq and live in another region of the country.  Basically, they would argue that he does not necessarily have to live in his home town and that, if there are safe places within Iraq in which he could live, the asylum claim should be denied.

For the immigration judge, the first question is whether the asylum applicant has the "ability to relocate safely" in his or her country.  Stated another way, is there an area of the country where he or she has no well-founded fear of persecution.  The Board of Immigration Appeals has made clear that the purpose of the relocation rule is not to require the asylum applicant to stay one step ahead of the persecution in the proposed area.  Rather, the alternative portion of the country must present circumstances that are "substantially better" than those giving rise to the well-founded fear of persecution.

The government bears the burden of showing that there is a specific area of the country where the risk of persecution to the applicant falls below the well-founded fear of persecution level.

In a 2012 case from the Board of Immigration Appeals, Matter of M-Z-M-R, 26 I&N Dec. 28 (BIA 2012), the Board ruled that the immigration judge had failed to conduct a complete inquiry on the issues of whether the applicant had the ability to relocate safely in his home country of Sri Lanka and also on the issue of whether it would have been reasonable to expect him to be able to do so. 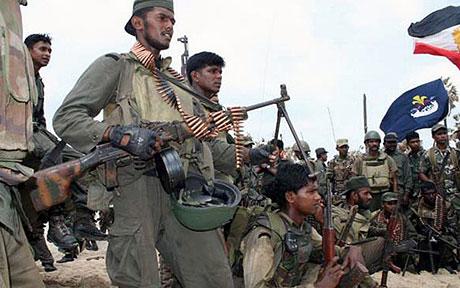