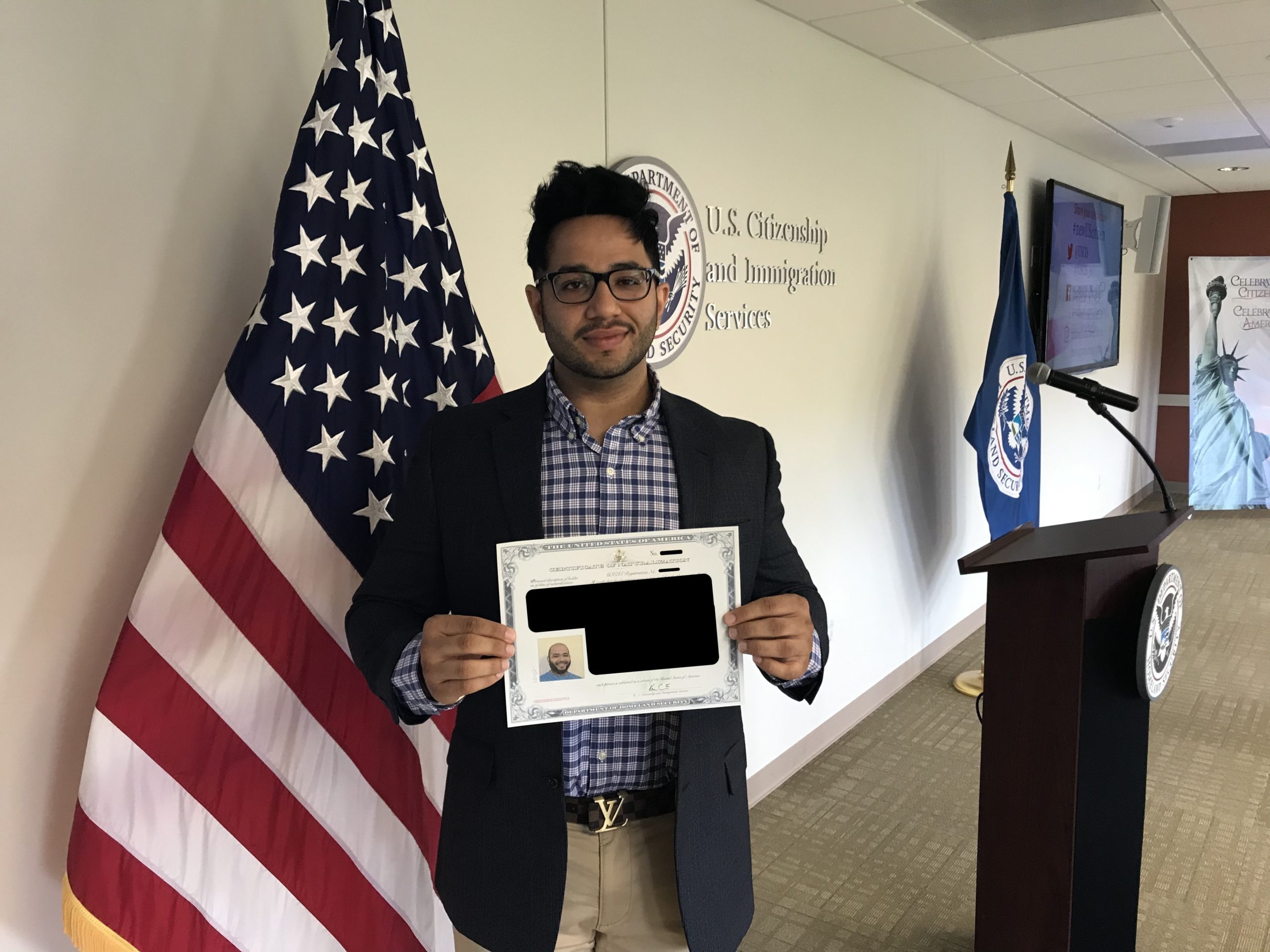 There was a secret citizenship ceremony at USCIS this week.

But it was only for one person.

Throughout all the closures and craziness of COVID-19, Aditya became a U.S. citizen.

Aditya married a U.S. citizen and applied for citizenship based on the 3-year rule.

The 3-year rule, if you haven’t heard about it, is a rule that says normally you can apply for citizenship after 5 years of permanent residency unless you are married to a U.S. citizen, then you can apply after just 3 years.

So Aditya applied for citizenship after 3 years in January of 2019.

He completed his interview in July of 2019.

The interview only lasted about 20 minutes.

Then his case went to processing.

He didn’t expect it to process for long, so he waited.

But he kept waiting and waiting.

And he waited for over a year after he originally filed his application.

He started to worry about when the processing would be finished.

He couldn’t get answers from USCIS on when his case would get out of processing.

No one was giving him a straight answer.

So he reached out to us and asked if there was anything we could do.

And we said sue them.

Which is exactly what we did.

We sued USCIS, Aditya’s local USCIS field office, DHS and everyone in charge of them.

The lawsuit was on file within a week of Aditya’s consultation in March.

And just like that his case started getting updated.

Even though USCIS had closed at this time, his case was still moving.

And then Aditya got a notice to come for a ceremony.

A citizenship ceremony only for him.

And by himself, Aditya became a U.S. citizen.