When USCIS tells you to sue them, you sue them

For the first 12 years of my legal career, I spent a lot of time in courtrooms – arguing motions, taking testimony from witnesses and trying cases.  I enjoyed many aspects of litigation and learned a lot of lessons from some fantastic trial attorneys.When I began practicing immigration law, I thought that I was leaving litigation behind.  Many immigration lawyers go their entire career without entering a courtroom.  Instead, we deal with administrative agencies with a variety of acronyms like CIS, ICE, CBP and DOS.  But a funny thing happened.  When I opened my own firm and began handling immigration cases, the primary complaint I got was that people had been waiting for their citizenship for way too long.  The law says that if you had your citizenship interview and 120 days passed, you sue USCIS in federal court and ask a judge (who is appointed for life and who does not work for the immigration service) to decide whether or not you should be allowed to become a citizen.  Some of the people I met had been waiting much longer than 120 days – 1 year, 2 years, 5 years.  There was even one lady who had been waiting 9 years for a decision on her naturalization case.I researched the laws and judicial decisions on these citizenship delay cases and asked the people who came to see me if they wanted to sue USCIS.  They were all very worried about the negative consequences that could happen.  What if USCIS got mad at them for suing the agency and simply denied the case?  I warned them that was a possibility and many went away.But then one morning, I received a call from a young man named Asif.  Asif had been waiting a year for his naturalization case to be decided.  He had made InfoPass appointments to discuss the case.  He had called the USCIS 1-800 number.  He had even contacted the office of his US Senator.  Fed up, he called the 1-800 number one last time to ask what he should do.  The immigration officer on the line told him there was only one thing that really worked – can you guess what it was?The officer told him to sue USCIS.  Told Asif that it was the only thing that worked.When Asif told me this, it was as if a gate opened in my head and I said, “let’s sue them.”  I went back into litigation mode and drafted a lawsuit in federal court.  We filed suit and within 45 days, Asif received word that he was going to be naturalized.You see, USCIS does not like being sued.  And the reason that they don’t like being sued is because they don’t like federal judges reviewing their actions (or inactions) in open court.Since that time, our office has filed suit for more than 60 people who waited far, far too long for an immigration benefit.  In every case but one, the person has received the immigration benefit that they were entitled to.  A suit is certainly no guarantee that a case will be approved.  But what the lawsuit does is it makes the agency take a “tough” case back off the shelf and finally decide it.  The case gets a higher level of review as the US attorney’s office and USCIS higher-ups determine whether they really want to fight the particular case in open court.Combining litigation skills and immigration issues is an enjoyable and thrilling way to practice law.  Helping people get the immigration benefits that they are entitled to makes it all worthwhile.Have a great weekend!  Jim Hacking

jim@hackinglawpractice.com
PS – I came across a cool website for working moms this week.  It has family resources, as well as great business advice.  It is called Working Moms Only, but you can look at it even if you are not working, or are not a mom.  You can access it here – http://www.workingmomsonly.com/. 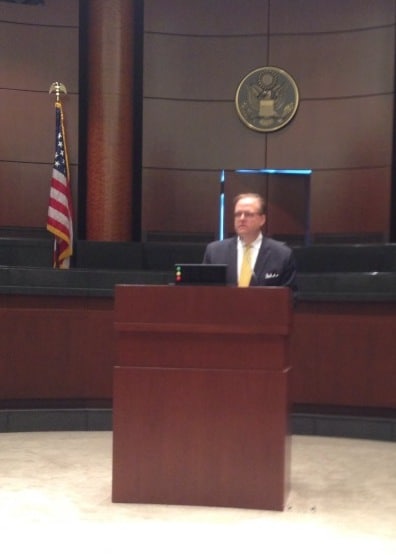