Nicolas Gets His Green Card! 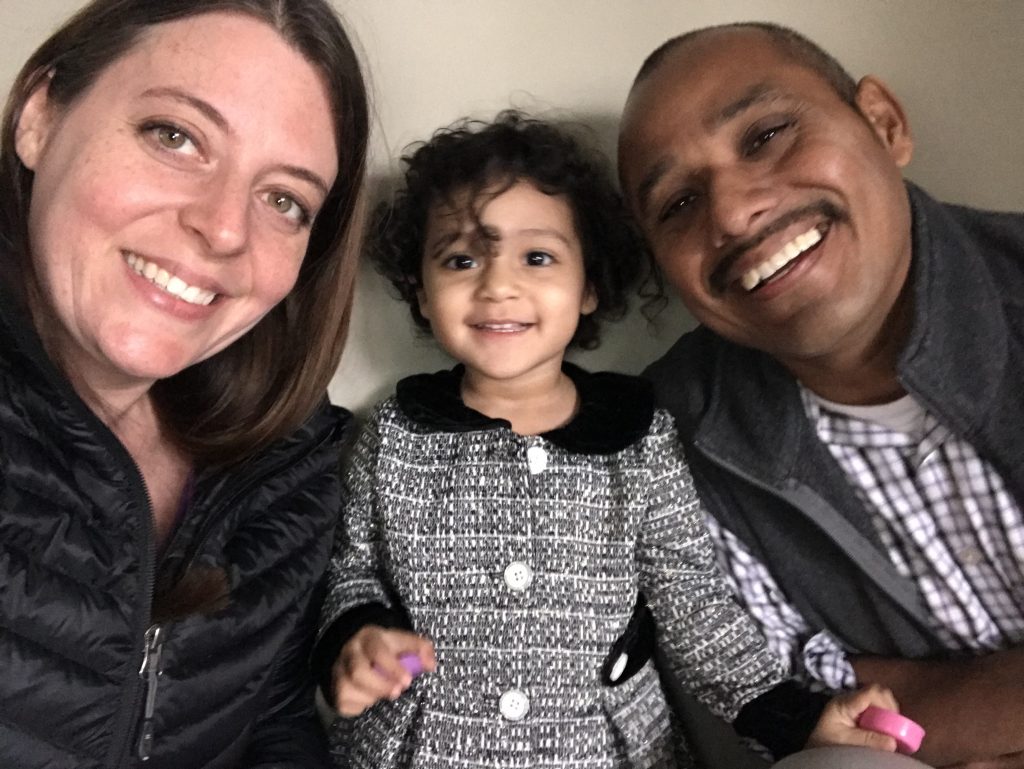 The immigration process can be a long haul.  In 2015, Tina and Nicolas came to our office.  Tina is a St. Louis native, and Nicolas is from Mexico.  They are a wonderful couple - Tina works hard as a realtor, they host a bilingual radio show together at their church, and have an adorable young daughter.

The first thing our office did was to file an I-130 application to officially recognize Nicolas as the spouse of a United States citizen. This was approved in March, 2016.  This is where the process became complicated for Nicolas and Tina, and for people in similar situations.

Because he entered without inspection, Nicolas had to leave the United States to get his visa at an embassy.  For the U.S. Government to “forgive” the time that people like Nicolas spent in the United States without authorization, they must prove that if the application is denied it would cause “extreme hardship” to their U.S. citizen spouse.  A program from the Obama Administration allows individuals to apply for this so-called hardship waiver from inside the United States.

Attorneys Jim Hacking and Andrew Bloomberg worked with Tina and Nicolas on both moving the case forward toward an interview at the U.S. Consulate in Ciudad Juarez, Mexico, and at the same time putting together an application for the hardship waiver with the immigration service in the United States.

After putting together substantial amounts of evidence, our office filed for the hardship waiver, which was approved in October, 2017. This left the last piece - leaving the country and attending the interview at the Embassy. The approved waiver doesn’t require the Embassy to grant the visa - and if they didn’t Nicolas could have been stuck out of the country away from his family for years and years.

Nonetheless, Nicolas went back to Mexico for the first time in almost 20 years. His interview was on March 2, 2018, and his case was approved on the spot. Soon, he received his passport with a visa in it that confirmed his new status as a lawful permanent resident of the United States, and within a couple of weeks, he had returned home to Tina and their daughter as a green card holder.

Congratulations Nicolas and Tina!  It was a long time coming!